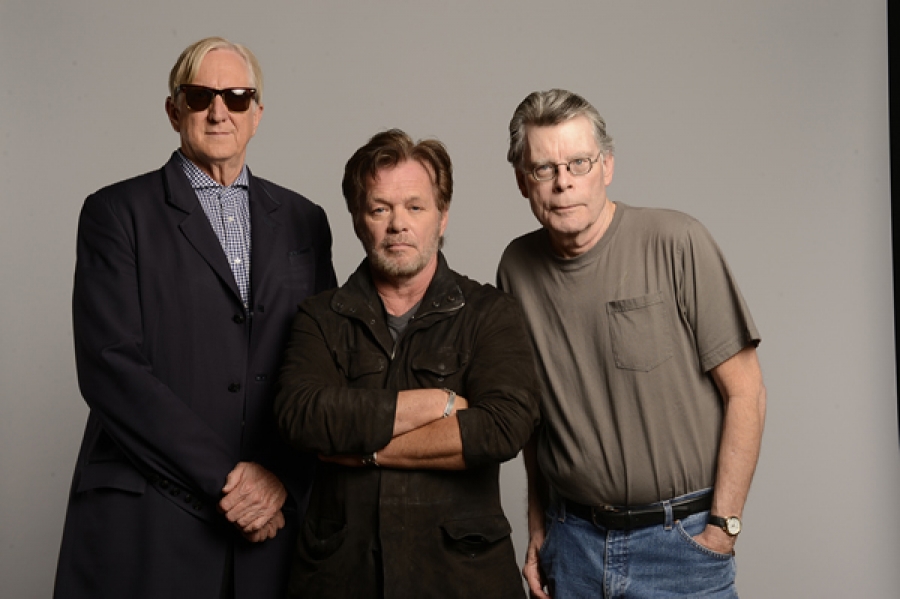 Inspiration for the story came when rock singer-songwriter Mellencamp bought a vacation cabin to take his young kids. He found out just after closing that the home was haunted and the back story involved the tragic death of two brothers and the girl they both loved. Believing that Stephen King could fully realize the horrific tale of one brother attempting to kill the other and all three kids dying, Mellencamp contacted him and together the pair set off into uncharted territory for both of them – a musical. Mellencamp wrote the songs to drive the story forward while King handled the script. Later T Bone was brought in to wrangle the music. The result was a full-on production presented in Atlanta last year and the CD/DVD version

just released this week. T Bone has “cast” the music well. Ryan Bingham, Neko Case, Rosanne Cash and others, including Elvis Costello as a devilish character called “The Shape,” bring these songs to life. We’ll find out about the unusual and extended creative process as Stephen King, John Mellencamp and T Bone Burnett join us.

More in this category: « Low Cut Connie The Wild Reeds On World Cafe »
back to top
Site Map | Help & FAQs | Privacy | Contact | Playlist | Public Inspection File | Public File Help
Copyright 2022 WXPN-FM / The Trustees of The University of Pennsylvania, All Rights Reserved
XPN.org is made possible with the generous support of XPN Members and our Business Sponsors.