Listen
You are here: World Cafe //   The Relatives 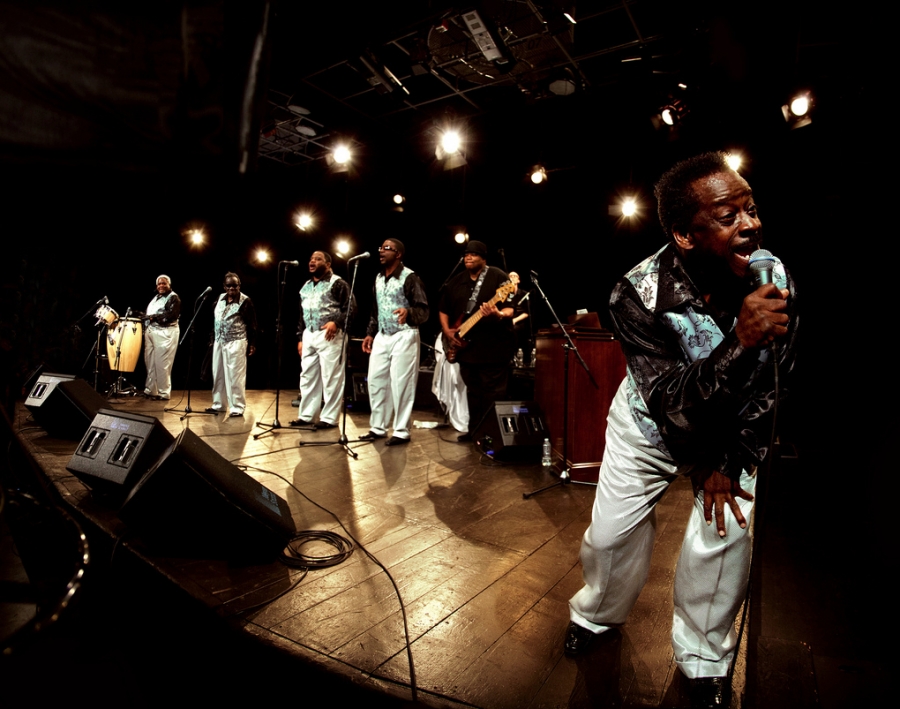 The Relatives
Photo by SamButler
Initially entering the music industry in the 1970s with their exhilarating single “Walking On,” The Relatives clearly demonstrated to avid fans across the nation
that they possess not only pure, raw musical talent but also that can deliver music with a strong rush of adrenaline. Having garnered a significant amount of success in the gospel world, the five-member ensemble eventually disbanded in 1980 and left the music world without a full-studio debut album. However, after 33 years, The Relatives are returning to the music scene with the recent release of their debut album Electric Work (Yep Roc Records). In this album, the band induces listeners to embrace the rhythmic fusion of traditional gospel and psychedelic funk music.

Addressing conscious raising issues such as war, poverty and inequality, via their tunes, The Relatives are clearly not your typical gospel group. With a breadth of fresh and haunting musical range, The Relatives are comprised of Earnest Tarkington, Tommie West, Gean West, Tyron Edwards and Tony Corbitt. Currently preparing to tour across the United States, The Relatives will allure crowds with music from their debut album. Although they have absent from the industry for a while, they have never been forgotten for their adrenaline-charged yet soulful contributions to the gospel world. Tune into the upcoming World Café session and admire their wonderfully composed tracks.

Set List:
LET YOUR LIGHT SHINE
YOUR LOVE IS REAL
TROUBLE IN MY WAY

More in this category: « LP On World Cafe The Bryan Ferry Orchestra »
back to top
Site Map | Help & FAQs | Privacy | Contact | Playlist | Public Inspection File | Public File Help
Copyright 2022 WXPN-FM / The Trustees of The University of Pennsylvania, All Rights Reserved
XPN.org is made possible with the generous support of XPN Members and our Business Sponsors.