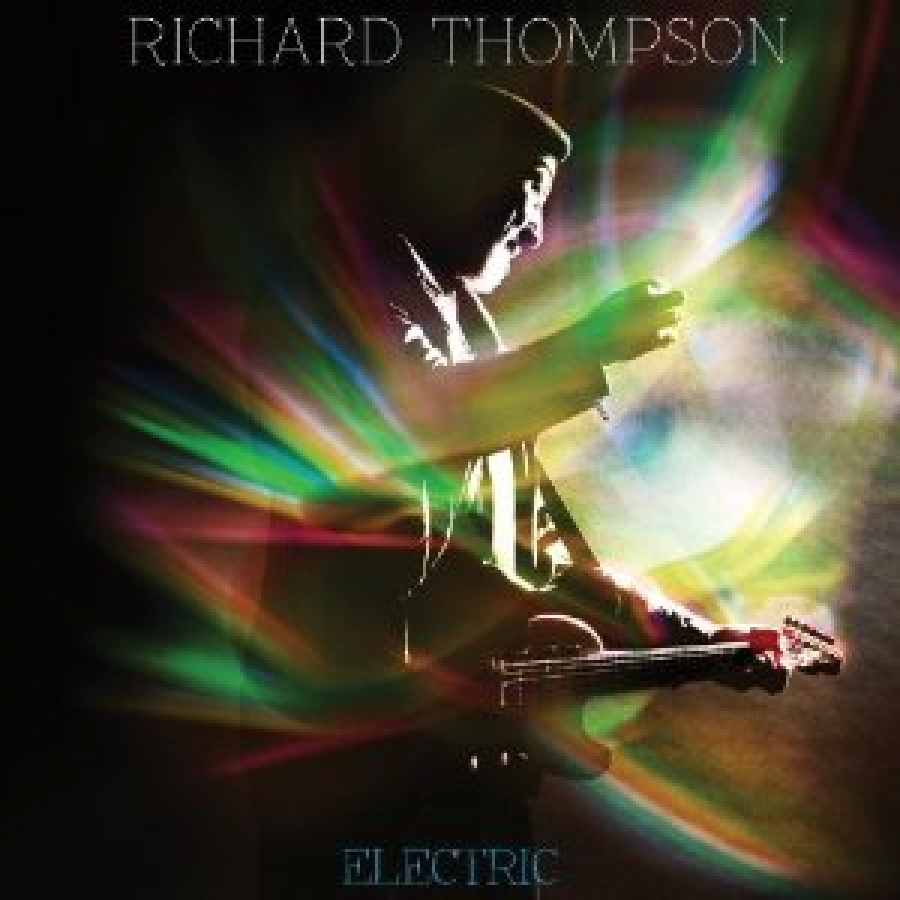 It’s just about that time in the new year where a seasoned veteran comes along and wows us with a new album.

Then again, it’s rare that our interest isn’t peaked when a new album from Richard Thompson comes along. And especially when he’s plugged in. Electric (New West) is the 14th solo album from the British folk hero and guitar master. It plays witness to Thompson’s latest configuration as a power-rock trio and offers the most energized & compelling set of songs from Richard in recent memory.

Thompson along with bassist Taras Prodaniuk and drummer Michael Jerome have been playing together for a few years now. They decided to take that chemistry into the studio, and essentially it’s just the three of them on Electric. The only other real part of the equation is producer and guitarist Buddy Miller. Thompson took the trio down to Nashville and recorded in Buddy’s home studio. The results however are far from a Music City, country-inspired collection. The album title really speaks to the muscle and power these songs possess. While you can still hear a bit of the folk-rock touchstones on songs like Electric opener “Stony Ground” and the clever first single “Good Things Happen to Bad People”, these are rock songs.

It’s clear that Electric really works on a number of levels. The power-trio, rock edge of the collection serves those that’ll be engaged by a more contemporary sound. Then again, Thompson has always possessed a witty way of writing and loyalists will find joy in songs like the aforementioned “Good Things” and “Stuck on the Treadmill”. And we haven’t even mentioned the guitar aficionados. The album is loaded with licks that will make any music lover bow in praise.

More in this category: « The Lone Bellow on Descendant Records by The Lone Bellow David Bowie - The Next Day »
back to top
Copyright © 2022. xpn.org. Designed by Shape5.com Joomla Templates
Desktop Version