Listen
You are here: World Cafe //   Bat For Lashes 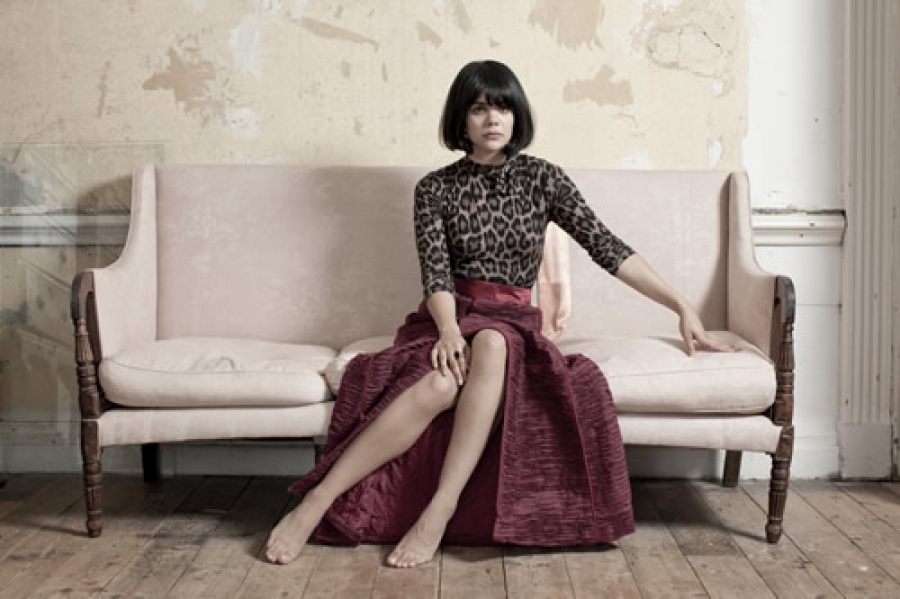 Bat for Lashes
Eliot Lee Hazel
Hailing from London, England, Natasha Khan is a talented singer-songwriter and multi- instrumentalist who released her third studio album The Haunted Man this past October. Adopting the stage name, Bat for Lashes, Khan's third album is riding on a wave of momentum that is clearly setting her up to an international path of success in the music world.

In its first week, the album debuted at number six on the UK Albums Chart and sold approximately an impressive 13,334 copies. The album's debut single "Laura" performed just as well in the UK Singles chart. Having received prestigious Mercury Prize nomination for her previous studio albums Fur and Gold (Parlophone Records) and Two Suns (Parlophone Records), her name has become a bubbling household name in the United Kingdom.

A passionate songstress from a modest upbringing, Khan worked diligently through college and work, at a card-packing factory, to be recognized a serious emerging artist. Eventually, signing with Echo records, Khan began to enchant the UK with her soothing and heart-warming voice. Khan's unique musical style led her songs to be featured in a variety of commercials, video games and even the Twilight Saga: Eclipse soundtrack. Additionally, Khan has even collaborated and toured with Coldplay following a one-off gig in London in early 2010. Lately, Khan has been working on promoting The Haunted Man and its 2nd single "All Your Gold" which was released on October 3.

More in this category: « Ty Segall On World Cafe Aurora On World Cafe »
back to top
Site Map | Help & FAQs | Privacy | Contact | Playlist | Public Inspection File | Public File Help
Copyright 2022 WXPN-FM / The Trustees of The University of Pennsylvania, All Rights Reserved
XPN.org is made possible with the generous support of XPN Members and our Business Sponsors.