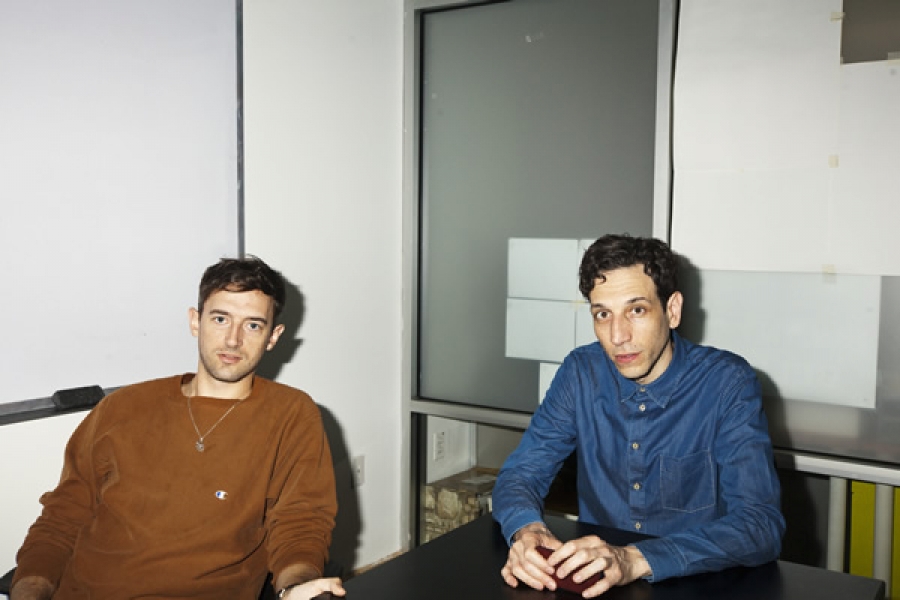 Ben Rayner
Tanlines, the drum and guitar plus electronics duo from Brooklyn, put out their debut album Mixed Emotions last summer. The steel drum sounds and, of course their name, went perfectly with the season.

Tanlines has been turning heads since 2008 after guitarist/vocalist Eric Emm and percussionist Jesse Cohen had worked together on a song for Cohen’s other band, the dance punk group Professor Murder. Since then, Tanlines has performed with Vampire Weekend, Julian Casablancas and Rick Ross, carving its niche as a major force on the electronic pop scene.

With Emm on guitar and vocals and Cohen on drums, keyboard and various electronic instruments, Tanlines has carved its niche as a force in the electronic pop scene. The band released its debut album, Mixed Emotions, early last year and has performed with Vampire Weekend, Julian Casablancas and Rick Ross.

Here, the duo plays a few songs from Mixed Emotions for World Cafe and talks with host David Dye about recording the album.

Session Setlist
Brothers
Not The Same
All of Me

More in this category: « The Shelters On World Cafe Foxygen On World Cafe »
back to top
Site Map | Help & FAQs | Privacy | Contact | Playlist | Public Inspection File | Public File Help
Copyright 2022 WXPN-FM / The Trustees of The University of Pennsylvania, All Rights Reserved
XPN.org is made possible with the generous support of XPN Members and our Business Sponsors.