Listen
You are here: World Cafe //   The Last Bison 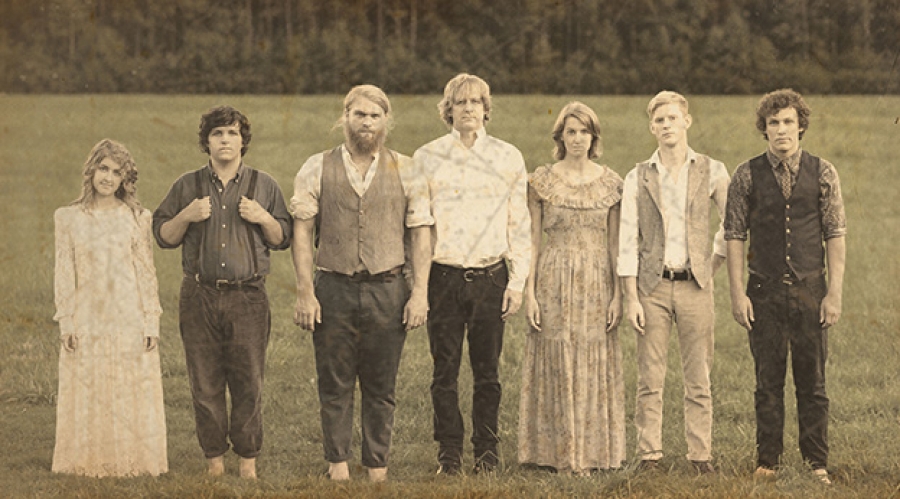 January 8. 2013 - Very few musicians can categorize their music as “mountain-top chamber,” yet The Last Bison’s blend of southern folk and classical influence creates just that. The seven-piece ensemble emerged from the marshes of Chesapeake, Virginia a couple of years ago and has subsequently swept the musical scene with its complex arrangements, refined lyrics, and vocal harmonies.
The Last Bison released their first album, Quill, in 2011, garnering much praise from critics. Lead vocalist and guitarist Ben Hardesty is the group’s primary songwriter, and his style bears a strong resemblance to bands such as Mumford & Sons, The Decemberists, and Fleet Foxes. However, none of those three bands have a front man sharing the stage with his sister, nor is a 75-year-old pump organ in their collections of instruments.

The Last Bison finished recording for their newest album this past July, with the hopes of having its release in early 2013. In addition, the band released its EP, Inheritance, this past October.

Set List:
TAKE ALL THE TIME
THE WOODCUTTER'S SON
SWITZERLAND

More in this category: « Ben Sollee Scott Walker »
back to top
Site Map | Help & FAQs | Privacy | Contact | Playlist | Public Inspection File | Public File Help
Copyright 2022 WXPN-FM / The Trustees of The University of Pennsylvania, All Rights Reserved
XPN.org is made possible with the generous support of XPN Members and our Business Sponsors.