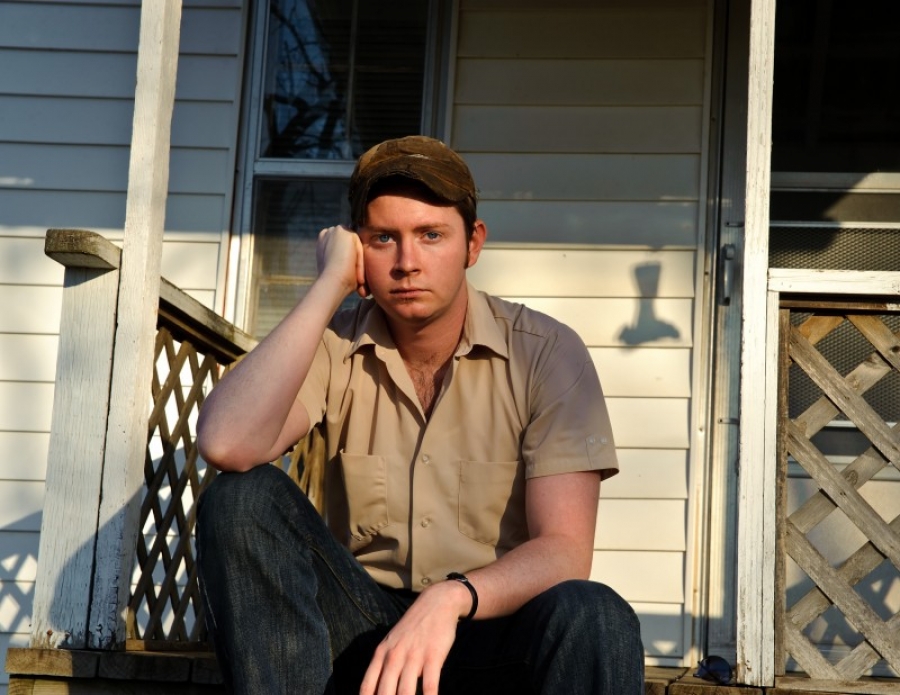 Photo Credit: courtesy of artist
John Fullbright entered the music scene in 2009, performing at The Blue Door in Oklahoma City. The owner of the venue soon became his manager, and in February of that year, Fullbright recorded his first album, Live at the Blue Door. He attended the 2009 Folk Alliance Conference in Memphis immediately after recording. Live at the Blue Door went on to be very successful at WoodyFest, the annual folk festival honoring Woody Guthrie. Fullbright’s musical style fuses together a range of genres, including folk, Americana, and pop. This mixture of influences creates a sound that is truly individual to the Southwest.
Fullbright co-produced and released his first studio album, From the Ground Up, this past May. The title pays homage to the farmhouse where he grew up as a kid. Many of Fullbright’s songwriting influences – Townes Van Zandt, Mickey Newbury, Jimmy Webb, Randy Newman – infuse the album, but the music is totally his own.

Recent Release: From the Ground Up
Release Date: May 2012