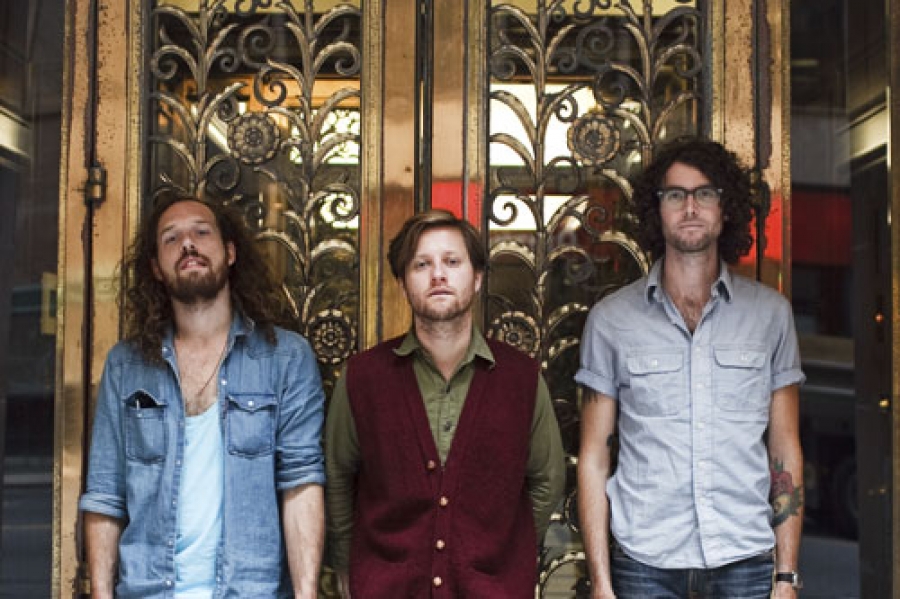 Photo Credit: courtesy of artist
Originating in Kelowna, British Columbia in 2005, indie rock band Yukon Blonde did not have its present name until 2008. The quintet originally titled their group Alphababy. However, it was at the suggestion of fellow Canadian singer-songwriter Jon-Rae Fletcher, with whom the band was touring at the time, that they changed their name. The group, now a trio, consists of guitarists Graham Jones and Brandon Scott and percussionist Jeffrey Innes. Yukon Blonde has been based in Vancouver since 2009. Their first EP under their new name, Everything in Everyway, was released that year. In 2010, the band debuted its first album, self-titled Yukon Blonde, and two music videos for the songs “Wind Blows” and “Loyal Man.” That same year, the group was listed as one of the “10 Canadian bands destined to break in 2010.” Their next EP, Fire//Water, was released in 2011, along with a music video for the song “Water.” The band’s music successfully weaves the classics of folk-rock with the craftiness of contemporary pop, much of which came from a full year of writing and testing songs during their reinvention.


Yukon Blonde’s newest album, Tiger Talk, was released this year, in addition to two music videos, “My Girl” and “Stairway.” The band is currently touring throughout Canada in Quebec, Ontario, British Columbia, Manitoba, Alberta, and Saskatchewan.

Tagged under
More in this category: « John Mayer Josh Ritter »
back to top
Site Map | Help & FAQs | Privacy | Contact | Playlist | Public Inspection File | Public File Help
Copyright 2022 WXPN-FM / The Trustees of The University of Pennsylvania, All Rights Reserved
XPN.org is made possible with the generous support of XPN Members and our Business Sponsors.