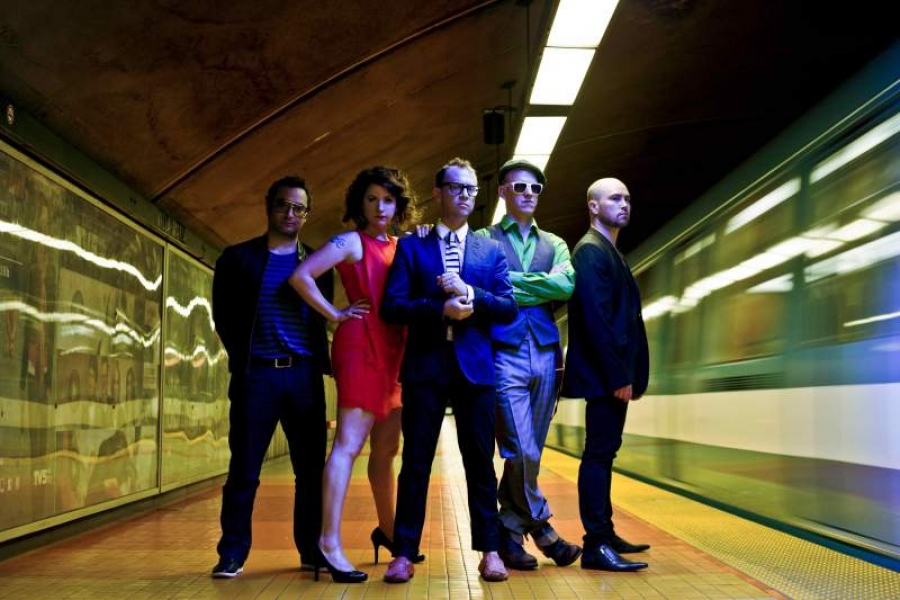 Stars
Photo Credit: Photo by Norman Wong
The Canadian indie-rock group Stars formed back in 2000 under the influence of vocalist Torquil Campbell and keyboardist Chris Seligman. They were soon joined by friends Evan Cranely and Amy Millan. After relocating to New York City for a time, the band finally settled in the members’ hometown of Montreal. They released their first full-length album, Nightsongs, in February 2001 and followed up with an EP, The Comeback, that July. Since then, Stars has created a additional three EPs and five studio albums.


Their most recent album, North, came out this past September. In October, the band also released its first music video from the album for the single “Backlines.” Members of Stars have cited a unique variety of musical influences ranging from Brian Wilson to Outkast. Some of their favorite artists include New Order, Marvin Gaye, and the Smiths, whose songs they have covered on their own albums and other CDs.

The band is currently on tour in Canada. They will also tour Ireland, the U.K., France, Germany, Switzerland, the Netherlands, Belgium, the Czech Republic, Austria, and Australia. The group has stated that they will be touring in Asia and “corners of North America we have yet to announce…be easy, we’re coming!”


Stars On World Cafe The band plays songs from its new album and discusses the recording process with host David Dye.

More in this category: « Latin Roots 18 - Raul Pacheco from Ozomatli Antibalas »
back to top
Site Map | Help & FAQs | Privacy | Contact | Playlist | Public Inspection File | Public File Help
Copyright 2022 WXPN-FM / The Trustees of The University of Pennsylvania, All Rights Reserved
XPN.org is made possible with the generous support of XPN Members and our Business Sponsors.