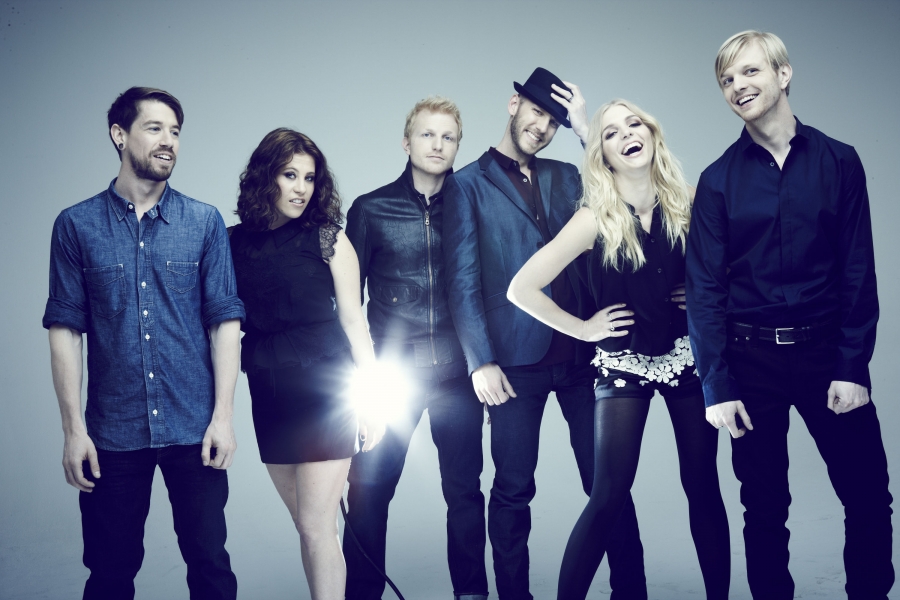 Delta Rae
Photo Credit: COURTESY OF ARTIST
Words are powerful, be they spoken or sung. For siblings Ian, Eric, and Brittany Hölljes, three of the four lead singers in the American folk rock band Delta Rae, the power of words came to them in the form of mythological stories told by their parents. In fact, the band’s name is inspired by a fictional story the Hölljeses’ mother intended to write. From then on, Ian, Eric, Brittany, and fourth lead singer Elizabeth Hopkins have worked to let their voices and their words be heard.


Delta Rae originally formed in 2009 in the city of Durham, North Carolina. They official debuted at Duke University, from where Ian and Eric both graduated. In 2010, Hopkins and the Hölljeses welcomed drummer Mike McKee and bassist Grant Emerson into their group. They released their first EP later that year, entitled Delta Rae. Through a convoluted connection, the band met with the influential Seymour Stein in 2011. After a successful meeting, Stein was and continues to be incredibly supportive of Delta Rae. The group has currently signed with Sire Records, and their debut album, Carry the Fire, was released this past June. The band has been touring since May of this year and will be performing in North Carolina, Georgia, Alabama, and Texas in this month and next.

Setlist:
MORNING COMES
BOTTOM OF THE RIVER
IF I LOVED YOU
DANCE IN THE GRAVEYARDS

More in this category: « Sylvie Simmons Calexico »
back to top
Site Map | Help & FAQs | Privacy | Contact | Playlist | Public Inspection File | Public File Help
Copyright 2022 WXPN-FM / The Trustees of The University of Pennsylvania, All Rights Reserved
XPN.org is made possible with the generous support of XPN Members and our Business Sponsors.