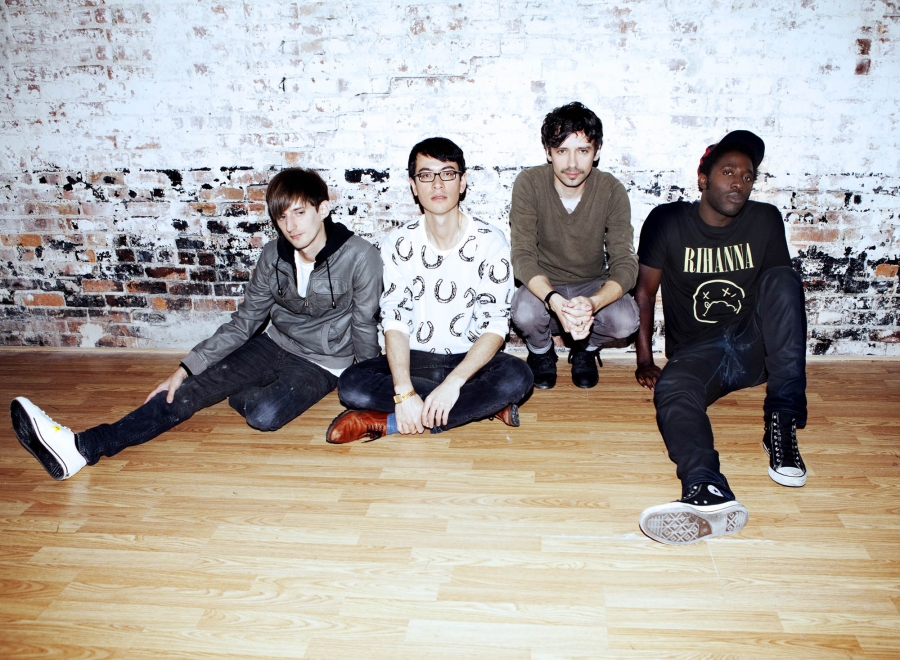 Bloc Party
Photo Credit: courtesy of marley Kate
Bloc Party are back. The British band whose debut album, Silent Alarm, was a critical sensation in 2006 released their new album Four this year after a few years hiatus. The band’s latest, Four, arrived in August, a departure from recent electronic forays and a return to the artful post-punk rock of the band’s heyday. The new album is raw, vibrant and palpably aggressive
. Okereke sings with his typical ferocious intensity accompanied by energetic, crunching guitar riffs. The sound is almost vicious in the album’s closing number “We Are Not Good People” with non-stop driving guitar beats and snarling lyrics, which isn’t a bad thing.

In this interview and live performance, the band explains how the Occupy movement in New York influenced the tone of their new record, and Okereke discusses what it was like to come back to the group dynamic following his solo work.


Bloc Party on World Cafe "After a hiatus, the British band returns to its early post-punk sound on a new album, Four

More in this category: « Benjamin Gibbard Ian Hunter »
back to top
Site Map | Help & FAQs | Privacy | Contact | Playlist | Public Inspection File | Public File Help
Copyright 2022 WXPN-FM / The Trustees of The University of Pennsylvania, All Rights Reserved
XPN.org is made possible with the generous support of XPN Members and our Business Sponsors.