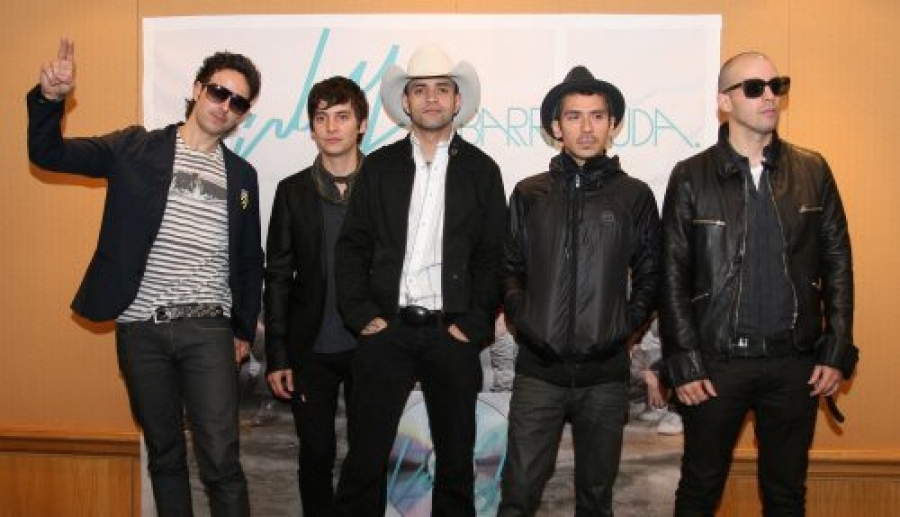 Kinky
Photo Credit: courtesy of artist
Kinky is a five-member band from Monterrey, Mexico, formed in 1998 and consisting of Gilberto Cerezo, Ulises Lozano, Carlos Chairez, Omar Góngora, and Cesar Pliego. Legendary DustBrother John King, who has worked with Beck, the Rolling Stones and the Beastie Boys, produced their latest album, Sueño De La Maquina (Dream Machine) which was released on September 4.
The band was nominated for the Latin Grammy Awards XIII in the categories of Best Alternative Music Album for Dream Machine and Best Alternative Song for Black Day. Kinky is also nominated for "Best Latin Artist North" at the MTV Europe Awards. Their latest video “Still” is now available through Vice and features the famous LA burlesque dancer Diamondback Annie. The album is a mix of dreamy, hypnotic lyrics and pulsating, urgent electronic rhythms. In an interview with WXPN, the band calls it’s sound “danceable rock.” The songs are connected through the story they tell about a guy who goes from party to party, ending up in an apocalyptic world that is starting over. The last song "Control" is a celebration of the end of the world. The music of Kinky has been featured in numerous soundtracks, commercials, video games and TV shows including Nip Tuck, Weeds, and Gossip Girl. Their hit song “Mas” is included in the videogame SSX 3 and was used in a Taco Bell commercial in 2012. Kinky is currently touring South America but will play in LA on December 30.

More in this category: « Allen Stone Nick Waterhouse »
back to top
Site Map | Help & FAQs | Privacy | Contact | Playlist | Public Inspection File | Public File Help
Copyright 2022 WXPN-FM / The Trustees of The University of Pennsylvania, All Rights Reserved
XPN.org is made possible with the generous support of XPN Members and our Business Sponsors.