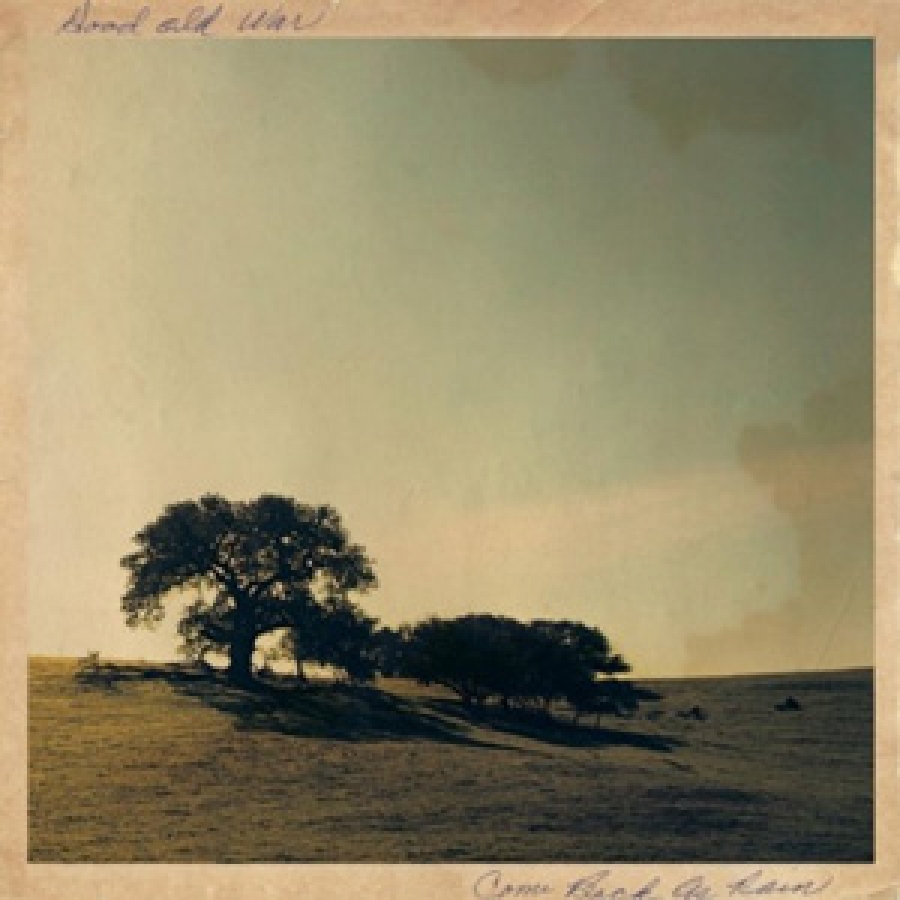 Few bands have the natural chemistry that you’ll find on Come Back As Rain, the new album from XPN Artist To Watch, Good Old War. The latest album from the Philadelphia trio is all at once a comfortable, feel good collection and a fresh step forward. Keith Goodwin, Tim Arnold and Daniel Schwartz capture liveliness on Come Back As Rain that they’ve been applauded for onstage and translate it somewhat effortlessly in the studio.

In so many ways Good Old War is a band that is easy to root for. Besides being genuinely affable, they’ve worked extremely hard building a fan base the old-fashioned way through continuous touring and captivating live performances. However, that work ethic doesn’t take a break when they hit the studio. Come Back As Rain is the perfect next step for the young trio. It’s an album that is reflective of what we’ve come to know of the band, each member playing a vital and significant role. Their three voices become one on this record and in effect there is a ‘sing-a-long’ quality to the full album that magnetically pulls you in as a listener. You’re drawn around the campfire on songs like “Loud Love” and can’t help but get a feel for life on the road after a lap through “Can’t Go Home.”

Much of Come Back As Rain from a storytelling perspective does deal with the realities of taking it to the next level as a band and literally living most of your days on the road. And while that subject matter doses produce both optimism and longing, the band’s performance is so upbeat and playful it ultimately makes these songs difficult to resist. Fair to say good things are on the horizon for Good Old War upon the release of Come Back As Rain.

Pick up Good Old War's Come Back As Rain from Amazon.com