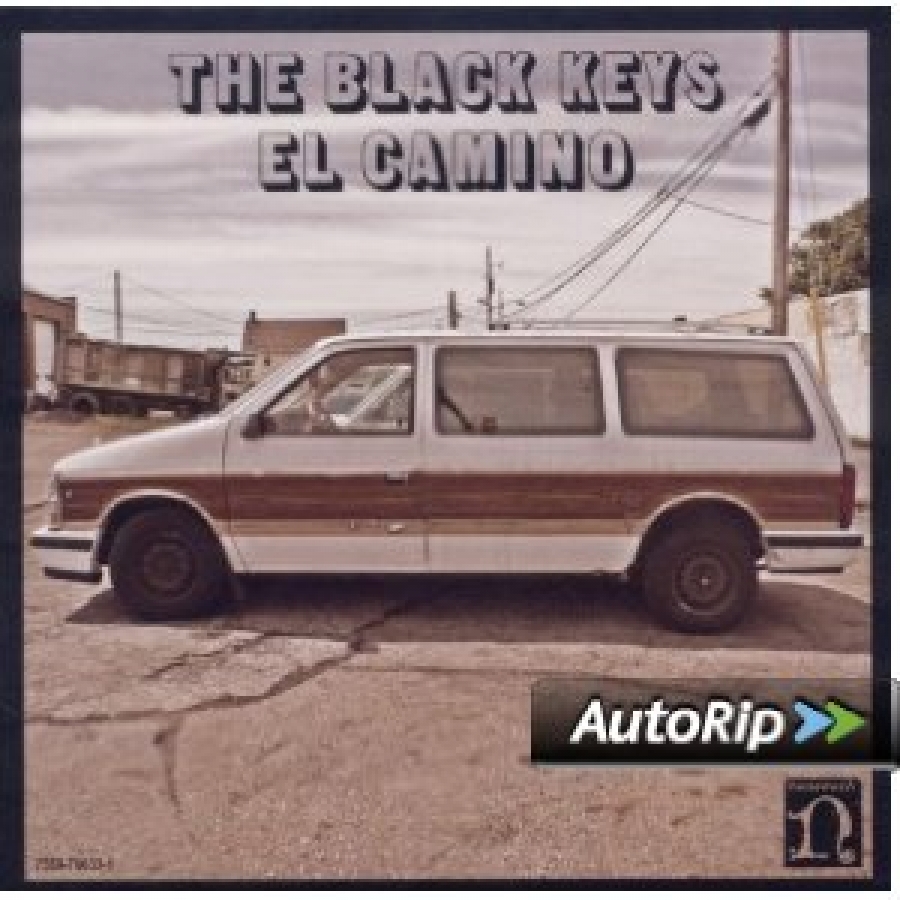 It wasn’t the fast lane to success for The Black Keys. In fact, the cover of their new album El Camino is a convenient reminder of that. The old, beat-up van featured on the front of the Akron duo’s latest collection is the actual vehicle that The Keys used as a touring van in their early days. From then until now The Black Keys have earned countless fans through rigorous touring and a strong body of work in the studio. In 2010 the duo had a substantial breakthrough with the album Brothers. It garnered The Keys a couple Grammy nominations and their highest charting single to date “Tighten Up,” which was produced by Brian Burton (aka DangerMouse). El Camino answers Brothers call for a little more punch and the doctor’s order for a good dose of rock n roll.

As with most of their albums, it’s always striking to think this is the work of just two guys! Those two guys are Dan Auerbach on guitars and vocals, and Patrick Carney on drums. It’d be easy to complicate the formula, but as we hear on El Camino it’s not necessary. Their sound is charged up; it’s loud and catchy as heck. Auerbach showcases a keen ability to come up with some of the best rock guitar riffs we’ve heard in a long time. Take your pick, whether it’s his ability to get your hips shaking on the undeniable “Lonely Boy,” or just shred as he does on “Gold on the Ceiling,” Auerbach brings it. The only real outside influence on these songs, aside from a few backing vocalists, is Brian Burton. Similar to their album Attack & Release, The Keys enlist Burton to produce the entire album. And he’s the perfect fit.

The Keys are intensely focused on these new songs. And for the most part, the entire album stays at full-throttle from start to finish. The lone exception comes on “Little Black Submarines” which isolates Auerbach and an acoustic guitar on the first half of the song. That’s before the hammer drops and that classic Keys crunch comes in. There is so much to gush over on El Camino, and that’s without mentioning (until now) the video for “Lonely Boy.” El Camino is the type of album that takes you to the next level as a band, and if there’s a group that put in their time and earned it, it’s The Black Keys.

Join the Club today. Every month, the station's soothsayers and tastemakers select what they consider to be the best of the new. As a CDOM Club member, you'll receive all twelve of the CD of the Month selections during the year along with all of our special XPN releases -- including Live at the World Cafe CDs and XPN New Music Samplers. That's at least 16 CDs total! Join the CD of the Month Club today by becoming a member online using our secure Member Form.
Buy XPN's Featured Album of the week, El Camino

from Amazon.com. Your purchase that starts here supports WXPN public radio.
Tagged under