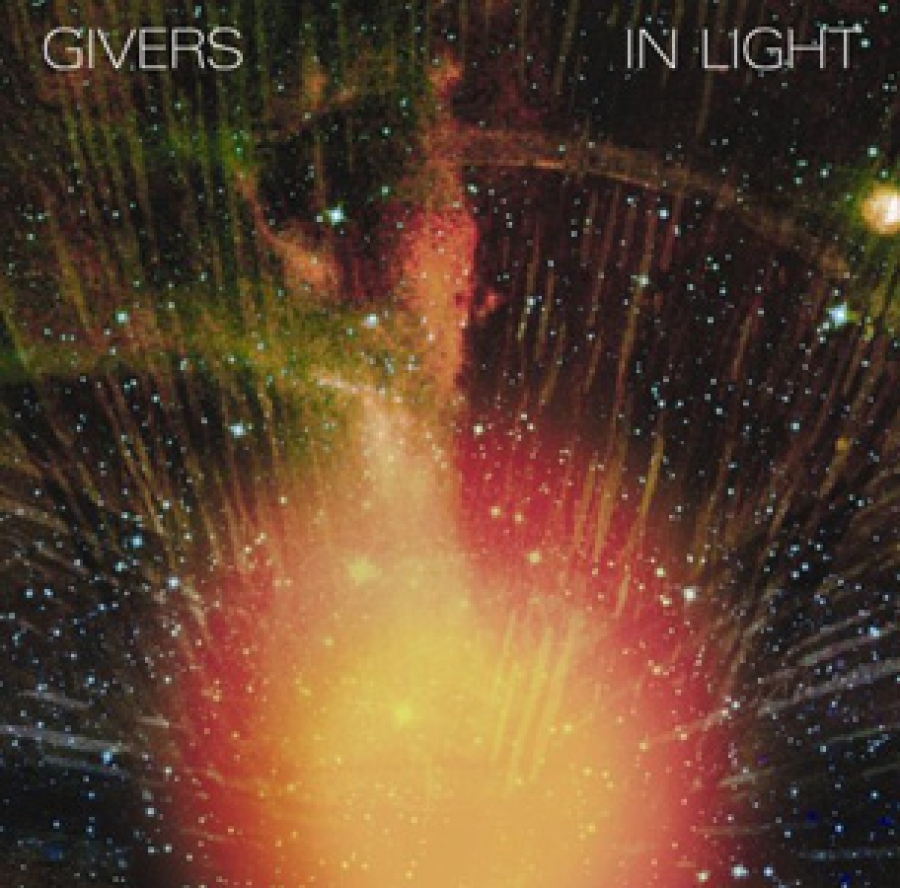 When you think of music from New Orleans it’s not unusual to visualize big brass bands, Dixieland jazz, swampy blues or Cajun funk. But as we listen to In Light the debut full length album from the band Givers it might surprise you that this young 5-piece band actually calls home to Lafayette, Louisiana. To attempt to categorize their sound is a challenge all to itself. One thing is for certain though, In Light is a bright and flavorful adventure.


The band formed in 2009 after co-vocalists Tiffany Lamson and Taylor Guarisco were forced back to Lafayette after Hurricane Katrina struck as the two were attending the University of New Orleans. The tragedy would be a slight blessing as Givers began to take form as a band and the group would start writing many of the songs that eventually would find their way onto In Light. Songs like “Up Up Up” and “Ceiling of Plankton” are kaleidoscopes of sound that draw as much from current indie-rock to world-beat rhythms and beyond. To harness the bands enthusiasm and plethora of influences, Ben Allen was brought in to help produce. His experience working with the equally expansive sounds of band’s like Animal Collective and Deerhunter seems to be a major plus for In Light.

The spirit and authentic excitement of the band is probably enough to keep you entertained on In Light . Yet it doesn’t hurt that the band is rather skilled as well. Their versatility is yet another strength leading one to only imagine their limits. Just in time for summer, In Light from Givers is a roll your windows down and turn up the volume type of experience.