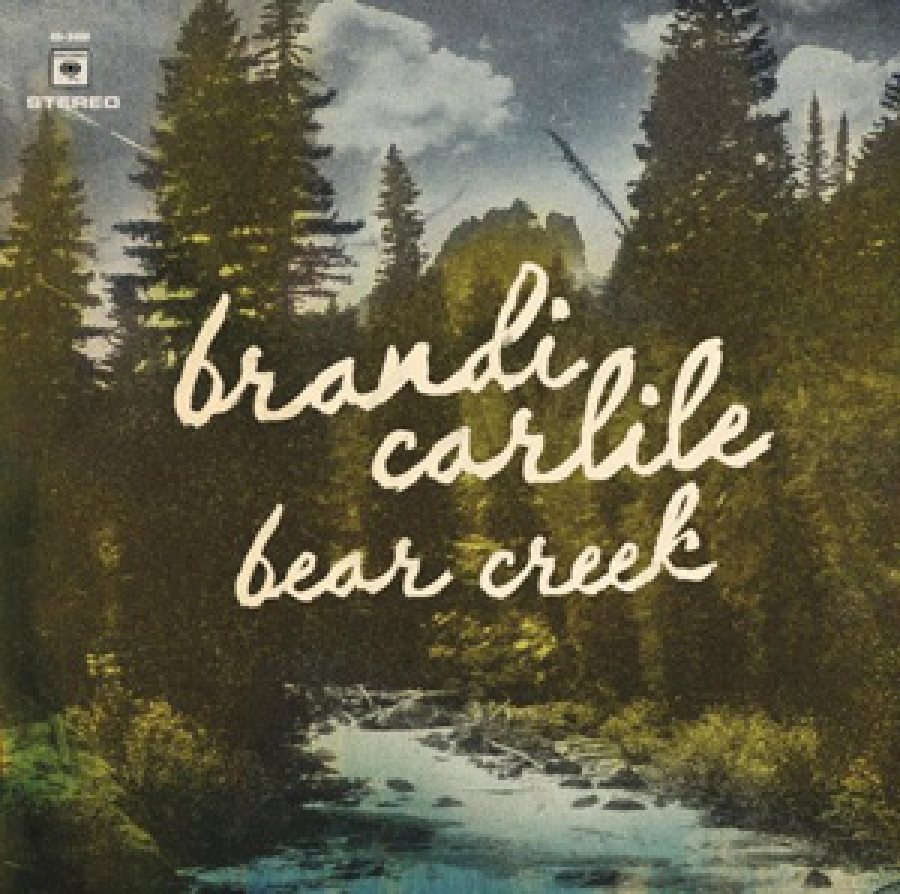 Following her impressive debut in 2005, there were big names lined up to work with Seattle songwriter Brandi Carlile. On The Story Carlile enlisted Grammy winning producer T-Bone Burnett, and on Give Up the Ghost the band bunkered down in Los Angeles with famed studio wizard Rick Rubin. For her latest, Brandi decided to settle in a little closer to home. The album Bear Creek takes its name from the studio in which it was recorded just outside of Seattle. As usual, Carlile is flanked by “the twins” Tim and Phil Hanseroth. And along with producer Trina Shoemaker (Sheryl Crow, Emmylou Harris), Brandi and the band set out to make an album that captures the heart of their sound.

It doesn’t take long to realize they got it right on Bear Creek. “Hard Way Home” opens the album and gives us exactly what we love and what we desire from Carlile. That vocal connection between Brandi and the twins has always been the catch and amidst a rootsy stomp “Hard Way Home” is the perfect blueprint for their sound. Stylistically, that trickles down throughout the rest of Bear Creek. There is natural comfort level running through these songs that is allows Carlile to just purely sing. And that, of course, is what she does best. Listen, whether it’s the playfulness of songs like “Keep Your Heart Young” and “Save Part of Yourself” or the longing on “A Promise to Keep”, these songs capitalize and show off her many different voices.

It seems like with each album Carlile realizes her own potential a little bit more. And with each step is finding her voice, so to speak. But where Bear Creek really succeeds is in taking advantage of the natural chemistry this band already has. For years we’ve seen it on stage, and we’ve heard it on record too. But on Bear Creek everything just breathes more naturally and with a bit more ease. Bear Creek is a beautiful setting for another moving batch of songs from Carlile and her band.

Pick up Bear Creek at Amazon.com