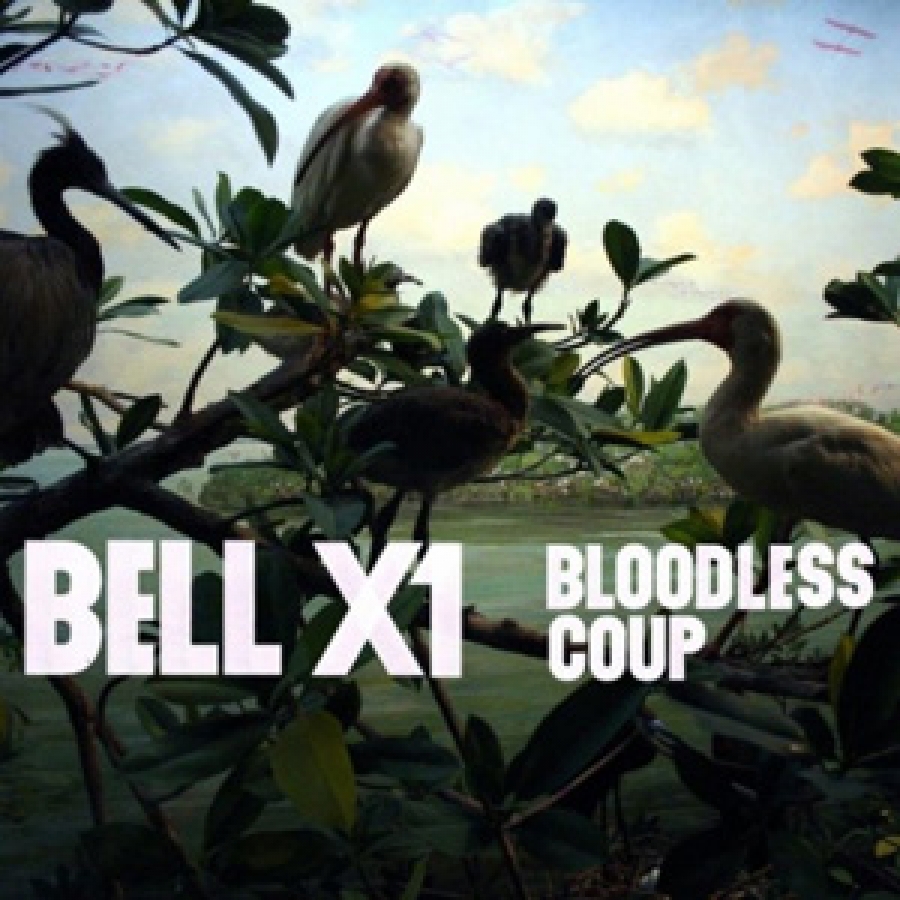 Bloodless Coup is the fifth album from the Irish band Bell X1. And similar to their previous works, listening to these songs only makes one wonder what the larger scale American audience is missing. If you don’t know the story, the trio who tour the U.S. in humble fashion from club to club, like most other indie rock bands, are of superstar status in their native Ireland. And while this scenario isn’t unheard of, we see that type of discrepancy in popularity with Canadian artists frequently, Bell X1 offer up a blend of emotive songwriting and tempting melodies that our audiences should no doubt fall in love with.

What's obvious on Bloodless Coup is that the disparity in appeal (or visibility, rather) does little to effect the band. There's a consistency to the songs on the new album that existing fans are going to cozy up to once again. And for those new to the band, it's tough to resist what frontman/songwriter Paul Noonan brings to the table. His knack for delivering just enough quirk and off-beat patterns to his songs leaves you with not just a raised eyebrow, but also singing along. "Velcro," the band's first single, may be the best example as he likens a child playing drums to "Billie Jean" to a love of Dairy Queen.

And while that quirk may satisfy for those who indulge in the band's pop tendencies, it shouldn't be overlooked that this band can build momentum and emotion within a song as good as anyone. Take another album highlight, and for many the first song we heard from the new album, "Hey Anna Lena," a poignant atmospheric slow-burn that might be the band's most captivating moment yet. All that said, Bell X1 continue to engage on Bloodless Coup if you're ready to listen. Bloodless Coup

, XPN's Featured Album of the Week from Amazon.com, and your purchase supports WXPN.
Tagged under