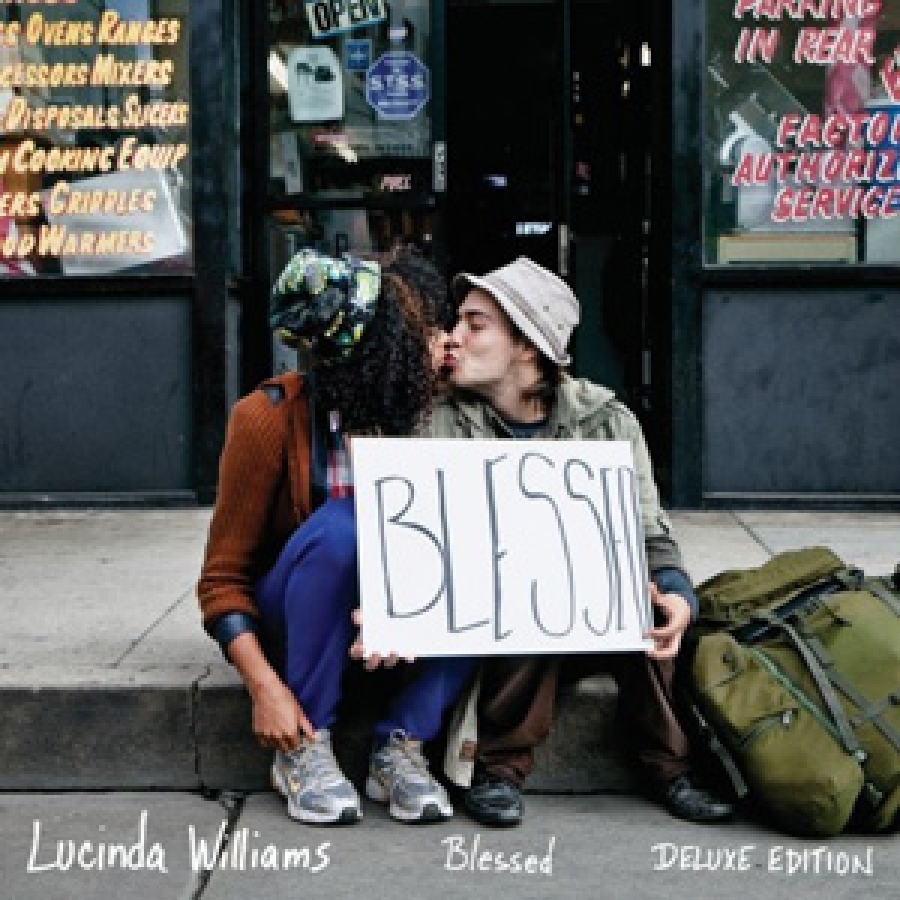 Blessed from Lucinda Williams is the songwriter's 10th studio album and emotionally one of her heaviest works. The twelve song collection is certainly reflective, delving into some recent troubling times including both the passing of her former manager and also fellow songwriter Vic Chesnutt. While the songs of Blessed deal with some weighty issues and the musical tone is far from rollicking, Blessed is more a look at a songwriter coming to terms with these events not necessarily drowning in them.

For Lucinda, Blessed marks the first time she's worked with producer/musician Don Was. Sonically the album is what you hope for when you listen to Lucinda. The album centers on her storytelling and gritty vocal performance, perhaps most notably on her tribute to fellow songwriter and friend Vic Chesnutt on “Seeing Black”. The song is an emotional barrage of rhetorical questions sung as only Lucinda can. It also marks one of the three times we hear from Elvis Costello on Blessed. The songwriter appears in a not-so traditional fashion, opting not to lend his vocals but his guitar chops to the recording. Simply stated he adds some fiery moments to Blessed on “Seeing Black”, the album opener and first single “Buttercup” and the slow-building “Convince Me”

In addition to working with Don Was for the first time, and bringing in Elvis Costello, Lucinda welcomes back Matthew Sweet who sang on her last album Little Honey. Sweet subtly makes his presence felt singing back-up on a few numbers including “Copenhagen”, a song for her former manager Frank Callari, who also recently passed away. Despite what appears like a healthy helping hand from some friends, don’t be fooled. Lucinda is the star of the show here and Blessed is one of her finest moments.