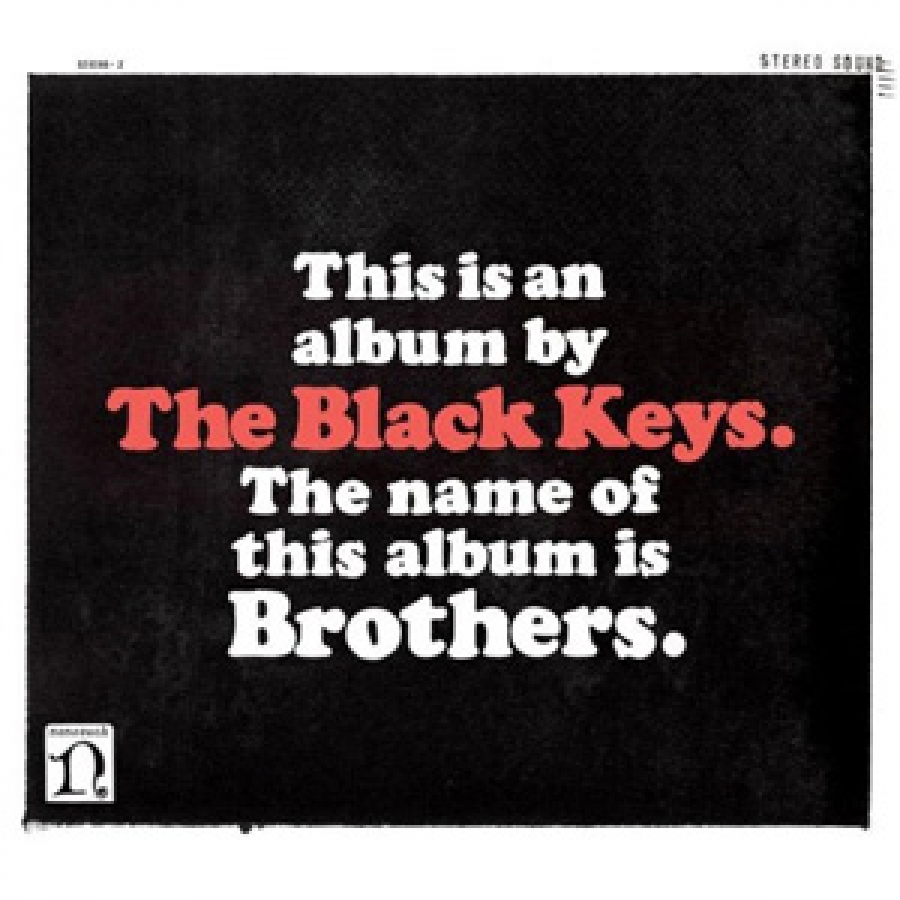 After taking some time apart to work on individual projects, the tandem of singer/guitarist Dan Auerbach and drummer Patrick Carney are back together as The Black Keys. The two slip comfortably back into their blues rock grooves on the new album, Brothers. With less of an emphasis on refining the edges, Brothers offers rawness reminiscent of early Black Keys records, which is sure to excite fans.

From album to album, Auerbach and Carney have done what few bands are able to accomplish and that’s offer a high level of consistency. Brothers sits nicely as the next step in their collection of studio works. Still remarkable over the course of their career is how much sound these two guys produce. "She’s Long Gone" on the new album is a robust rocker dripped in fuzz and highlighted by a blistering Auerbach guitar solo to close out the track.

The duo's last album Attack And Release was produced by Danger Mouse and the high demand studio wizard is again part of the festivities on Brothers. The album standout, "Tighten Up" sees Danger Mouse at the helm and is easily the albums most accessible song.

Right out of the gate The Keys bring the rock on Brothers with undeniable moments like "Everlasting Light" and "Next Girl." The 15 song collection leaves little doubt as to why this band continues to see their career moving in right direction.

More in this category: « Jack Johnson - To The Sea - Brushfire Records LCD Soundsystem - This Is Happening - DFA/Virgin »
back to top
Copyright © 2022. xpn.org. Designed by Shape5.com Joomla Templates
Desktop Version