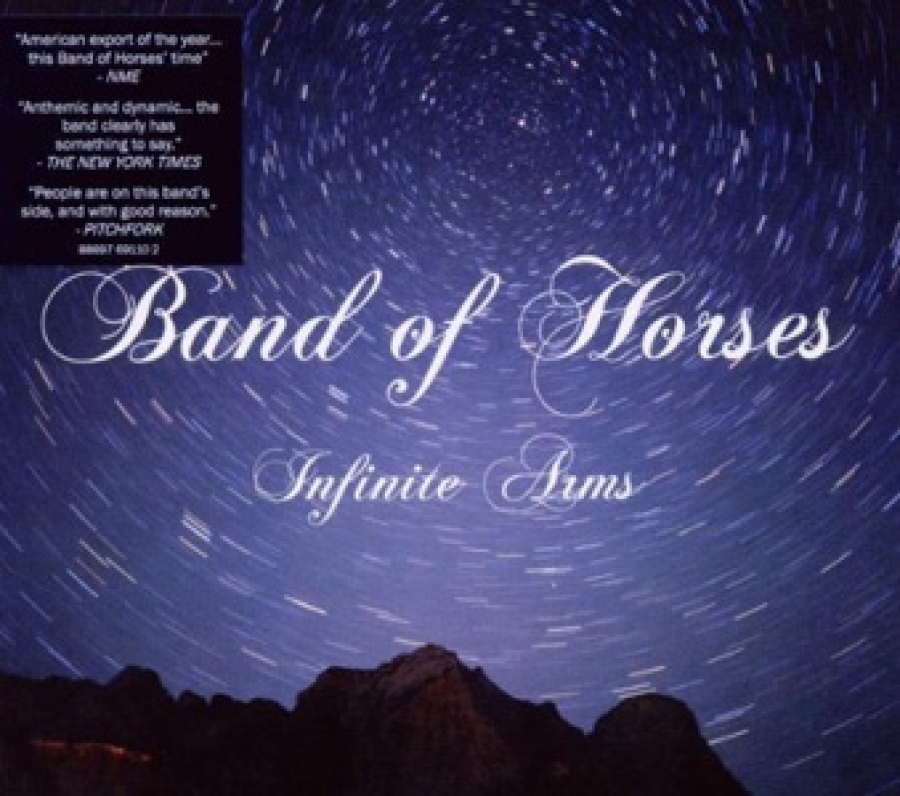 Without even listening to a note of the new Band of Horses album, you'd be inclined to suspect that the blueprint for Infinite Arms would equate to sonic changes. The cast of band members has been altered, yet frontman Ben Bridwell remains consistent in his tendency for writing dreamy melodies and affecting lyrics.

Infinite Arms is the third album from Band of Horses, and the third album with a different variation of players. Touring members Tyler Ramsey and Bill Reynolds have found a permanent place in the band and by the credits have earned significant roles. Both offer help composing, Ramsey on the lullaby balled "Evening Kitchen" and Reynolds on the slow building "Blue Beard."

Bridwell admits to wanting Infinite Arms to be a collaborative effort, and in turn it is. However, it's hard to dismiss Bridwell as the guiding force and literal voice of the band. A sense of longing, being away from home and the ruts of life on the road appear to be a continual theme on the new album. The album opener "Factory," which boasts big string orchestrations, is a good example of just that.

On Infinite Arms, Band of Horses offers songs that on the surface appear to be much more immediate. The cheery, upbeat "Dilly" or even "Laredo" feels like a bit of a departure. But Bridwell is not always as direct with the tales he tells. He likes to leave things unsaid; he'll pose questions and leave them unanswered. It begs the listener to become involved, to search within his words and take from it what you will. Ultimately, Infinite Arms is another captivating collection from Band Of Horses.

More in this category: « LCD Soundsystem - This Is Happening - DFA/Virgin The National - High Violet - 4AD »
back to top
Site Map | Help & FAQs | Privacy | Contact | Playlist | Public Inspection File | Public File Help
Copyright 2021 WXPN-FM / The Trustees of The University of Pennsylvania, All Rights Reserved
XPN.org is made possible with the generous support of XPN Members and our Business Sponsors.