Brandi Carlile - Give Up The Ghost - Columbia 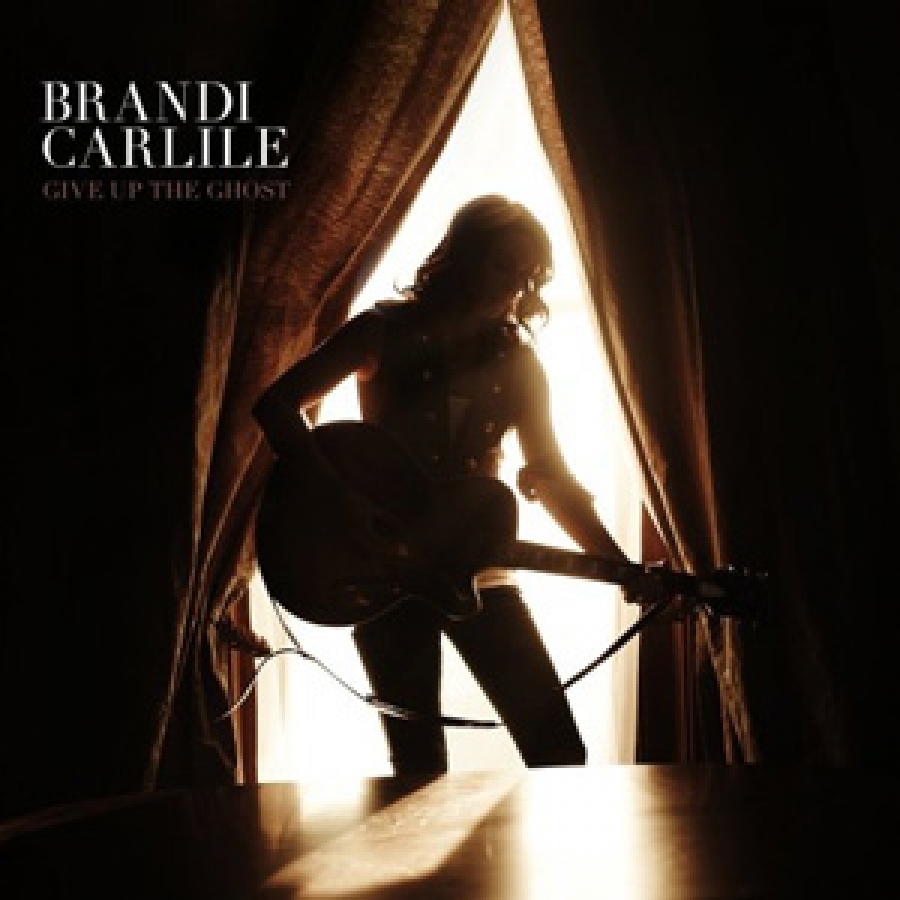 It comes with slight hesitation to say that Brandi Carlile has fully realized her potential on her new album Give Up The Ghost. Her gutsy brand of country-tinged, roots and rock is utterly appealing and her talent undeniable. Yet, as she takes another leap forward on Give Up The Ghost you get the sense that this is a singer-songwriter whose musical well is far from dry.

Now, you can't talk about Brandi Carlile without talking about that voice. Beside its natural beauty, the conviction she sings with makes every word believable and every note that more meaningful. You feel her yearning on a song like "Dying Day" or her desire on the album lead-off "Looking Out".

This new record witnesses Carlile reflective yet firm in her role as a storyteller. Her life as a musician is established, and she seems secure with her success. The album features appearances from her heroes including Amy Ray of the Indigo Girls and even Elton John, who appears on the animated piano-driven duet "Caroline". And even alongside her heroes, Carlile remains the focus of the attention.

As an album, Give Up The Ghost is Carlile's most powerful to date; from the arrangements, to her vocal performance, to the band and the weight of each song. For those who've already discovered Brandi Carlile, Give Up The Ghost will make you smile, because it reconfirms what we already knew.