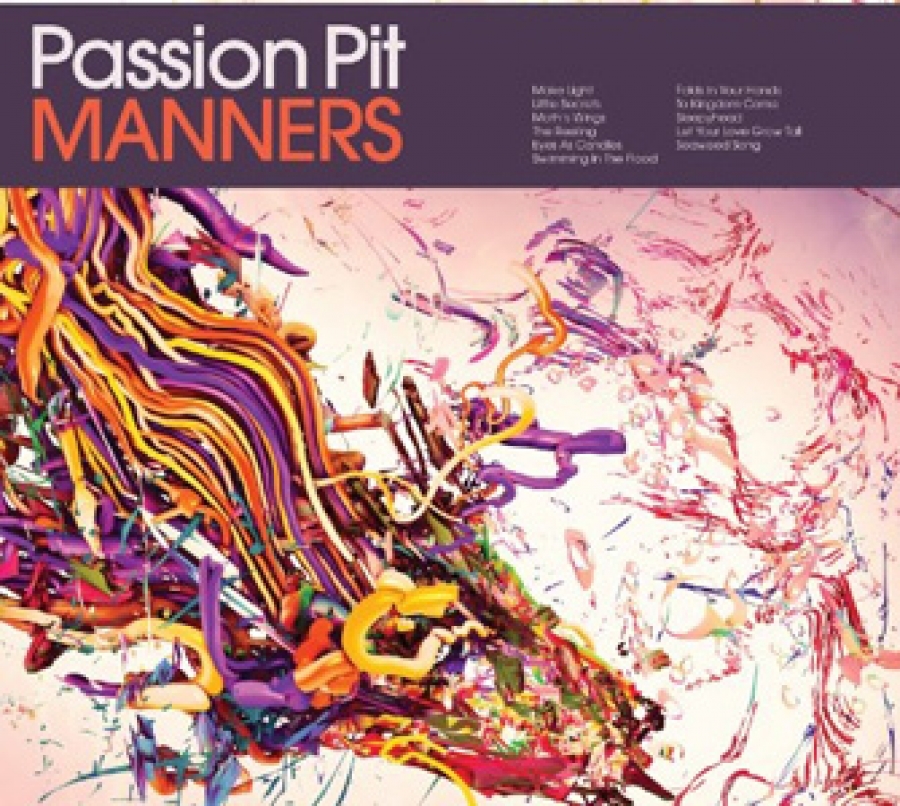 Who would've imagined that a collection of songs, written and produced by a college student as a belated Valentine's Day gift for his girlfriend would've launched a music career? Well, for Emerson College undergrad Michael Angelakos his six song EP not only served as an overdue present for a loved one, but it launched the career of the yet-to-be realized band Passion Pit. In fact, demand for the EP entitled, Chunk Of Change, grew so quickly around the campus that the rise of Passion Pit seemed inevitable.

Just over a year later, Passion Pit has signed with Columbia Records and released their full-length debut album Manners. An upbeat collection of electro, dance-inspired pop songs, Manners picks up where the EP left off and even includes a slightly retooled version of the song "Sleepyhead".

The five piece Boston band has created an album that works on a number of different levels. Passion Pit has seen untiring support from the indie music faithful and songs like "The Reeling" open doors to both the dance and pop worlds.

Manners is full of unfiltered excitement. As you'll hear in Angelakos' high-pitched falsetto, the band is charged and unrelentingly. And their live shows have been deemed much the same. With so much potential, Passion Pit is one of those bands whose future is worth getting excited about.