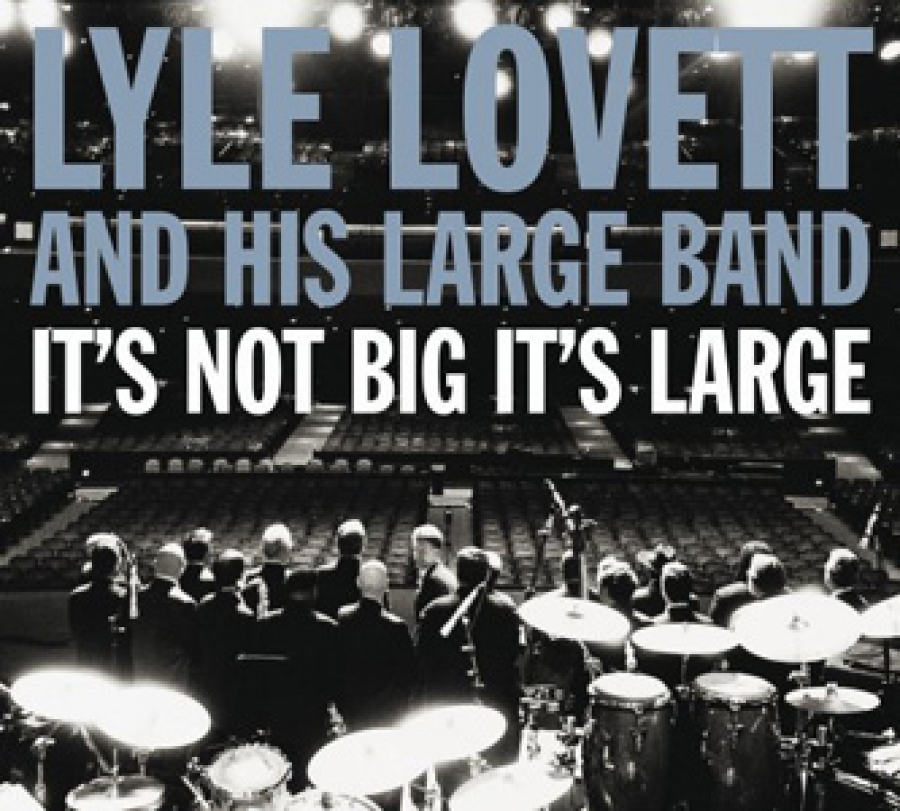 For his first album for Lost Highway, Lyle Lovett has refueled his Large Band (36 different members contributed to this album) with some pretty satisfying results. It's Not Big It's Large sounds like classic early Lovett: country, pop, gospel, jazz, rock all fused together with the help of some crafty tunes.

Lovett's certainly pulled out some great names to help this go 'round: Jerry Douglas, Sam Bush, Guy Clark, Matt Rollings, Bela Fleck, Stuart Duncan, Sweet Pea Atkinson, and Francine Reed, just to name a few. The songs roll along and flow together meticulously - much like the man who put it all together. Lovett's strength has always been his ability to "everyman" up the tunes; from the lyrics to the melodies, there's nothing too tricky going on, but it's supreme song craftmanship at work. A couple of these tunes - most notably "All Downhill" and "Up In Indiana" stack up to anything he's done, and the rest of them are very well done, too.