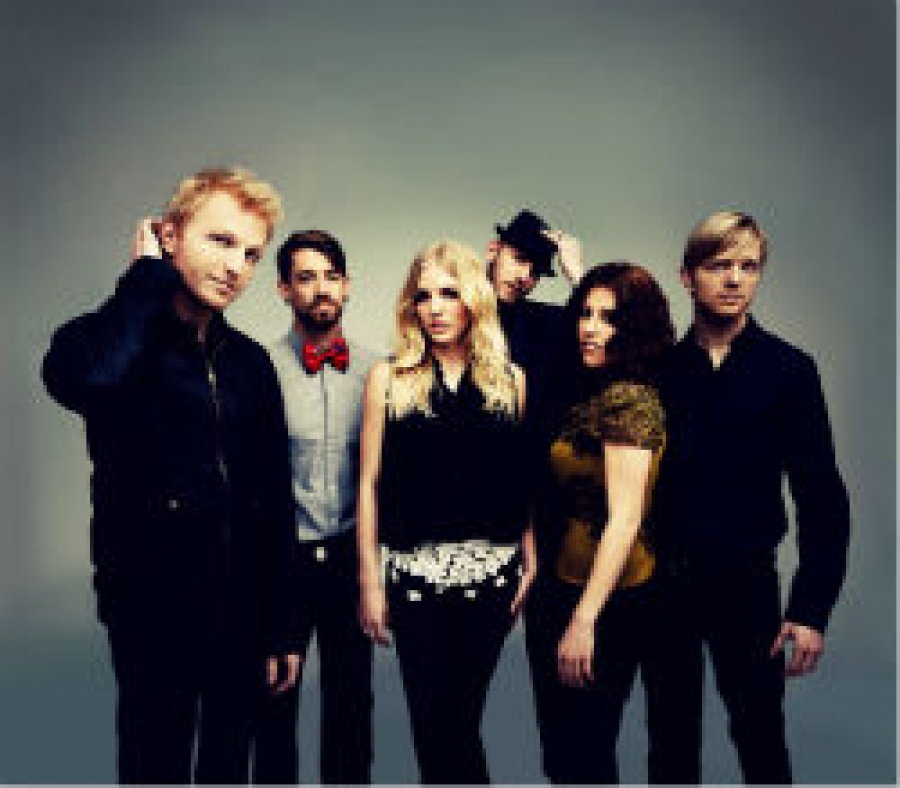 With their chemistry and history, the North Carolina-based group, Delta Rae began charming audiences from the Bay Area to the Mississippi Delta.
Siblings Ian, Eric, and Brittany Holljes, along with Elizabeth Hopkins, Mike McKee, and Grant Emerson make up Delta Rae - an up-and-coming folk rock band from Durham, North Carolina. Though the group has only recently debuted on the popular music scene, its history dates back many years to the Holljes siblings' childhood where Ian, Eric, and Brittany were raised on such greats as James Taylor, Cat Stevens, Fleetwood Mac, and Paul Simon. Elizabeth Hopkins, a childhood friend, along with McKee and Emerson, was added along the way, and Delta Rae became the six-piece powerhouse it is today. Their debut album, Carry The Fire, was released on Sire Records in June of this year and has already gained them quite a following as it features the band's incredible vocal talent, lyricism, and musicianship that makes it unique. Delta Rae performed at the XPoNential Music Festival this past July, and won over the audience quickly with their vocal prowess and powerfully themed music.

WXPN welcomes Delta Rae back to Philly with a performance at World Cafe Live on October 18!