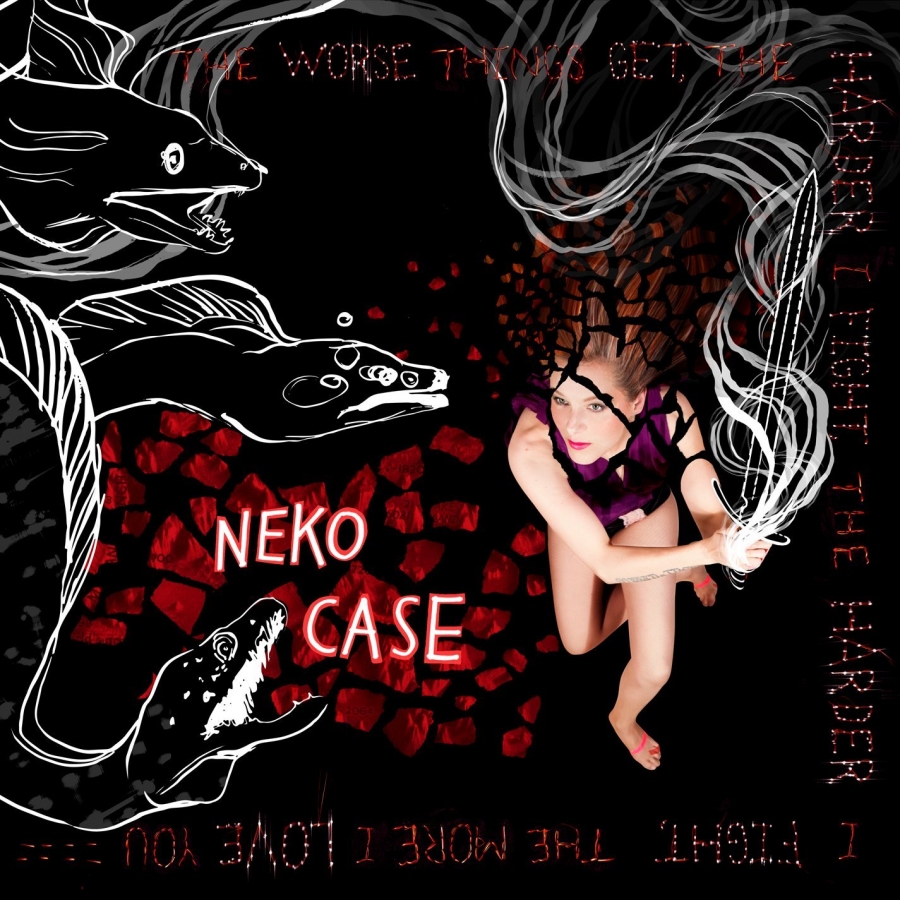 Coming off one of the most successful albums of her career, Neko Case reflects on the past four years with her new release The Worse Things Get, The Harder I Fight, The Harder I Fight, The More I Love You. Unfortunately the years between albums were spent dealing with the loss of family members and the grief that unavoidably followed. As a result, this new album is perhaps her most personal record to date. But as you'll hear, Case's strong-willed persona maintains as does her signature storytelling and dazzling vocals.

The Worse Things Get...offers us a new side of Neko Case. These songs come off as a cathartic release for Neko, her opportunity to sing about herself and tell her stories. There is a span of songs in the middle of the album that are as self-reflective as we've ever heard. Starting with the sparse and hollowed "I'm From Nowhere" to the more rebellious "Bracing for Sunday", Neko is seemingly addressing her youth. Her relationship with her mother is touched upon on the a cappella "Nearly Midnight, Honolulu". And where there may be points of vulnerability or melancholy, she balances our expectations with defiant, powerful moments like "Man".

Musically there is familiar territory on The Worse Things Get.... Much of that is due to the cast of musicians Neko recruited to record this album wise. Over time her collaborations seem to evolve into almost a family of band members. From Jim James of My Morning Jacket, to M. Ward, and fellow New Pornographers members AC Newman and Kelly Hogan, it's an all-star cast of musicians fronted by one of music most dynamic voices that help elevate The Worse Things Get... to a must hear album.

More in this category: « Tedeschi Trucks Band - Made Up Mind Man Man - On Oni Pond »
back to top