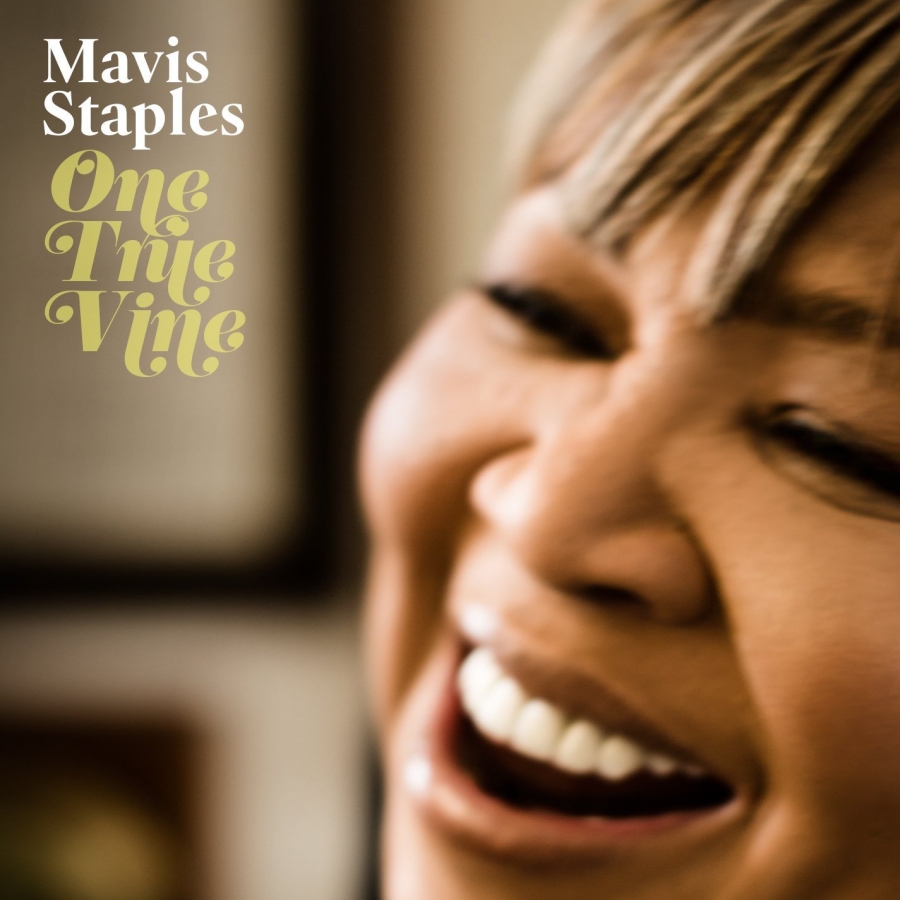 Don't feel at all guilty if you miss church this weekend. Just make sure you spend a little extra time with the new album from Mavis Staples, "One True Vine," because it's got all the soul and spirituality you'll need. The legendary voice, Mavis Staples, returned to the studio with Wilco frontman Jeff Tweedy to record this new collection. It only makes sense since their first collaboration together, 2010's You Are Not Alone, earned Staples the first Grammy of her illustrious career. That spirit and connection that emerged a few years ago was harnessed and reinvigorated in the sessions for this latest album, One True Vine on ANTI Records.

Often times the relationship between an artist and a producer can be overblown simply for headlines sake. It's easy to hear on One True Vine, as we heard with You Are Not Alone, that Tweedy and Staples have a genuine creative chemistry. In the case of any album, and specifically one with an artist like Mavis Staples, the song selection is really the key. And this is where Tweedy really earns his keep. There are a few familiar moments on One True Vine, most notably their interpretation of the classic Funkadelic hit "Can You Get To That?". And also a version of The Staple Singers "I Like The Things About Me", which may be the highlight of the album in that it almost becomes a mantra for Mavis. What makes it an even stronger collection is when you couple these recognizable touchstones with equally inspiring songs like "Far Celestrial Shores", which Nick Lowe penned for Mavis, and Tweedy originals like the ominous "Every Step" and the closing title-track.

Despite the great collaborative work of Tweedy, Mavis is obviously the star here. She could surely let her resume speak for itself at this point of her career; Rock and Roll Hall of Famer, Grammy Lifetime Achievement Award Winner, etc. But on One True Vine

, she sings these songs earning every word and every note. As cliché as it sounds, she makes this songs and stories her own whether they are or not. She's a legendary voice, and One True Vine is another remarkable reminder why.

LISTEN TO THE ALBUM IN ITS ENTIRETY BEFORE ITS OFFICIAL RELEASE AT FIRST LISTEN FROM XPN AND NPR.org/music.

More in this category: « Kurt Vile - Wakin on a Pretty Daze Jason Isbell - Southeastern »
back to top