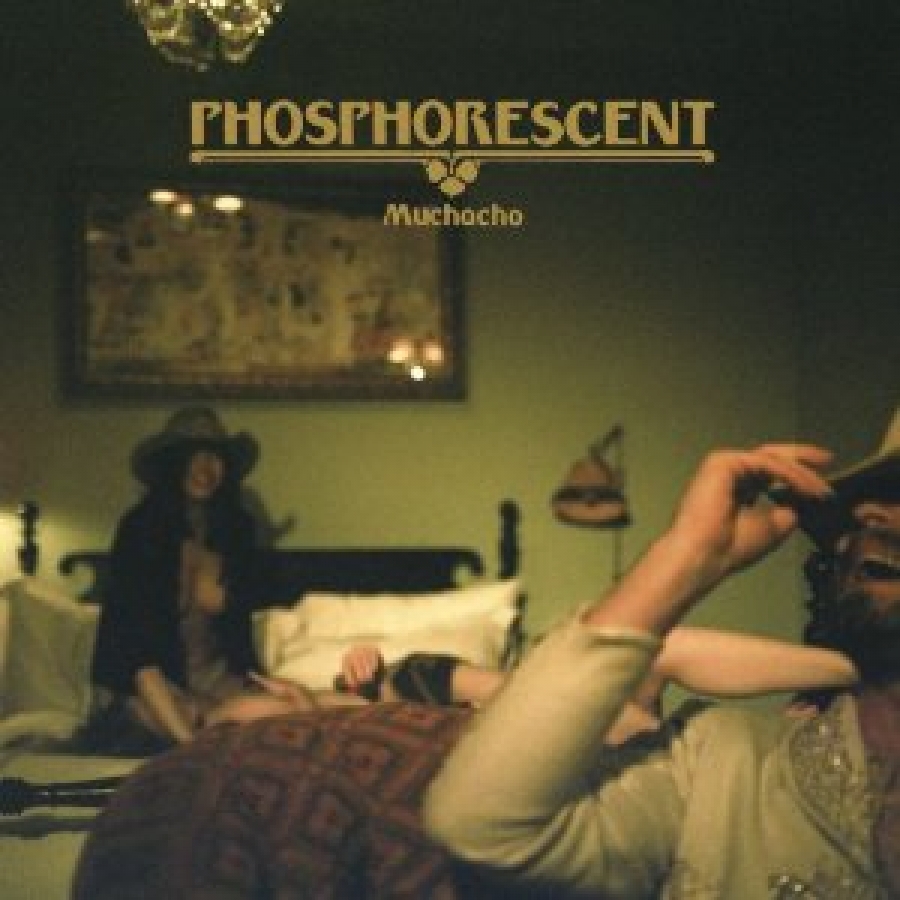 A perfect starting point for new fans. Muchacho is somewhat of a departure for Phosphorescent. But it also is an introduction, and the best work of Matthew Houck's career.

Meet Matthew Houck, a singer-songwriter originally from Athens, Georgia who goes by the stage name Phosphorescent. While he may be a new name to some, Matthew’s been writing and recording for nearly a decade now. His last two albums To Willie, a tribute to Willie Nelson, and 2010’s Here’s to Taking It Easy were well-received and convincing as to Matthew’s potential as an artist. Muchacho (Dead Oceans) is his new album and it takes the shape as one of those career-defining moments. The mood is cast perfectly and the songs are written to match resulting in a stunning collection.

On Muchacho, similar to his previous works, Matthew is the main creative force. He acts as songwriter, performer and producer. And most of this is all done in his Brooklyn apartment. Unlike his previous albums, which were charming in their simplicity, the Georgia-native aims to create a memorizing musical backdrop with Muchacho. Evidence is in the first song released from the new album, “Song for Zula.” A simmering, hypnotizing moment “Song for Zula” sets the bar for the album in terms of both its ambition and its beauty. While it’s not easy to snap out of the hazy fog that “Zula” may leave you in, the punchy stomp of “Ride On/Right On” no doubt helps. Similar to “Zula,” there’s another epic moment on the country-infused “The Quotidian Beasts.” And Houck explores his country roots again on a heartbreak number “Terror in the Canyons (The Wounded Master).”

In ways Muchacho is somewhat of a departure for Phosphorescent, but then again it’ll also serve as an introduction. Much of the album seems to stem from Matthew’s personal experiences. The sobering, reflective “Muchacho’s Tune” sits as a centerpiece moment to the album. Written after a trip to Mexico, Houck refers to this song as the album catalyst, both in terms of music and songwriting. Regardless, what followed is the best work of his career and a perfect starting point for new fans.

More in this category: « Pickwick - Can't Talk Medicine Various Artists - The Music is You: A Tribute to John Denver »
back to top