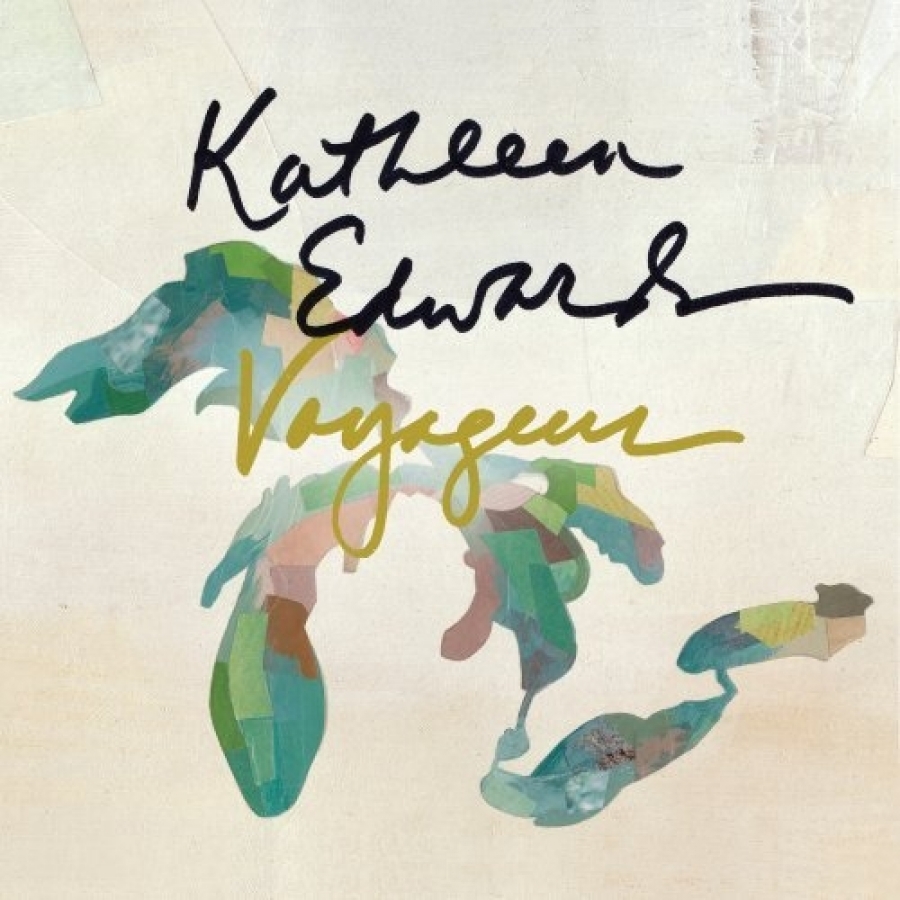 Since her debut, Failer, in 2003 it's hard to be critical of the work of Kathleen Edwards. As a songwriter, as an artist she's never really taken a step backwards. As listeners we can argue over our favorites, but it's a fair to say that each album has matched a certain level of expectations if not surpassed them. And with that the Canadian songstress continues a career trajectory on the rise with her new album, Voyageur, but at the same time broadens our expectations.


While Edwards has been praised by fans and critics for nearly a decade, she's still somewhat a little treasure to music fans. The type of artist that we know one day family and friends will discover, but for now we cherish as our own. The same can't be said for Edwards' collaborator on Voyageur. Much has been made about the fact that Justin Vernon (Bon Iver) became a musical guide for Edwards on this album. Last year was a big year for Justin, his album Bon Iver, Bon Iver was an overwhelming success that includes Grammy nods next month. It made many wonder how his dreamy and expansive soundscapes would mesh with Edwards alt-country lean? The truth of Voyaguer is that Vernon's presence can be felt, but Edwards can't be overshadowed. So much of what we gravitated towards on her first few albums is what draws you in again on this latest collection. She can be clever and funny as on the opening track "Empty Threat" where you may question her sincerity about 'moving to America.' She paints heartbreaking love and loss on songs like "Pink Champagne." And she's near anthemic on "Change the Sheets."

Vernon co-produced the album with Edwards and plays on nearly every song, but his main credit may be simply inspiring Edwards to broaden the way she approaches writing and recording. In addition to Justin, Kathleen welcomes a number of other musicians into the fold on Voyageur. Those includes Long Winters frontman and songwriter John Roderick whose presence is substantial. He plays on a number of songs and even co-wrote a couple with Edwards. The Scottish band Stornoway play on Voyageur and Norah Jones adds some backing vocals on the album's closing number "For The Record."

More in this category: « JC Brooks & The Uptown Sound - Want More - Bloodshot Dr. Dog - Be The Void - Anti-Records »
back to top