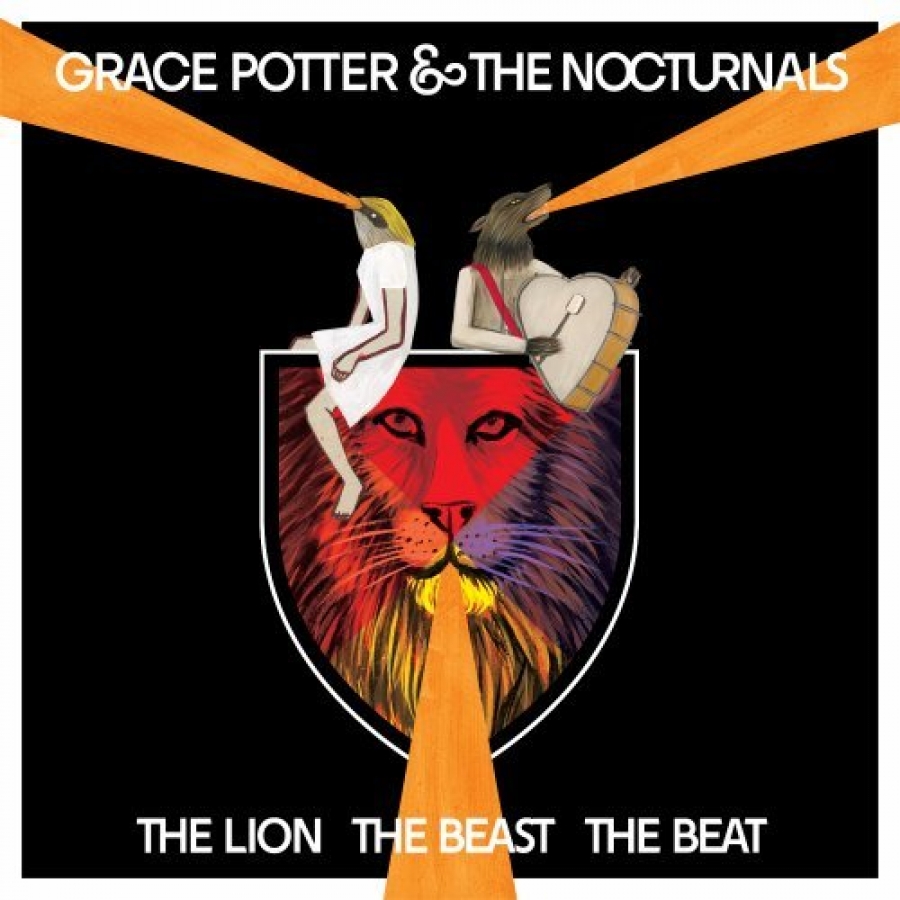 Grace Potter & The Nocturnals have come a long way from their blues-rock beginnings in Waitsfield, Vermont. For Grace, she's finally emerging as the superstar frontwoman that so many of us knew she had the potential to be. And on the latest album, The Lion The Beast The Beat she grabs hold of the spotlight and seems unwilling to let it go. We know what a commanding presence this band, and Grace in particular, can be on stage, yet until now capturing that on record has been a challenge. The Lion The Beast The Beat may be the step in the right direction.

Let’s be clear, The Lion The Beast The Beat is a big 'ole rock record. We're a few albums removed from Nothing But the Water, sonically probably even further. But what we hear on this latest collection is perhaps more indicative of what we've come to know about Grace. She’s a big personality and this is a set of songs that not only embraces that but matches it musically. There are some thrilling moments on this album, particularly the title-track which starts things. An almost 80s-ish anthemic, pulsating rocker, "The Lion The Beast The Beat" sets a tone for an album that is unapologetic in its ambition.

Don’t be surprised to see nods going in the direction of Dan Auerbach again. The Black Keys frontman, who has been working with everyone musically from Dr. John to Michael Kiwanuka, did lend a hand to this album. He helped co-write & produce a couple songs and it won’t take the biggest Black Keys fan to figure out which ones ("Never Go Back, "Loneliest Soul"). Now, does The Lion The Beast The Beat have cross-over potential? Absolutely, and for a band that’s been at it as long as Grace & the Nocturnals they’ve earned it. More people discovering this band is a very good thing and it should happen with this album.

Join the CD of the Month Club
Every month, the station's soothsayers and tastemakers select what they consider to be the best of the new. As a CDOM Club member, you'll receive all twelve of the CD of the Month selections during the year along with all of our special XPN releases -- including Live at the World Cafe CDs and XPN New Music Samplers. That's at least 16 CDs total! Join NOW!

XPN CD of The Month and Featured Album of the Week.

It is always intriguing to watch and hear how an artist evolves.
Tagged under