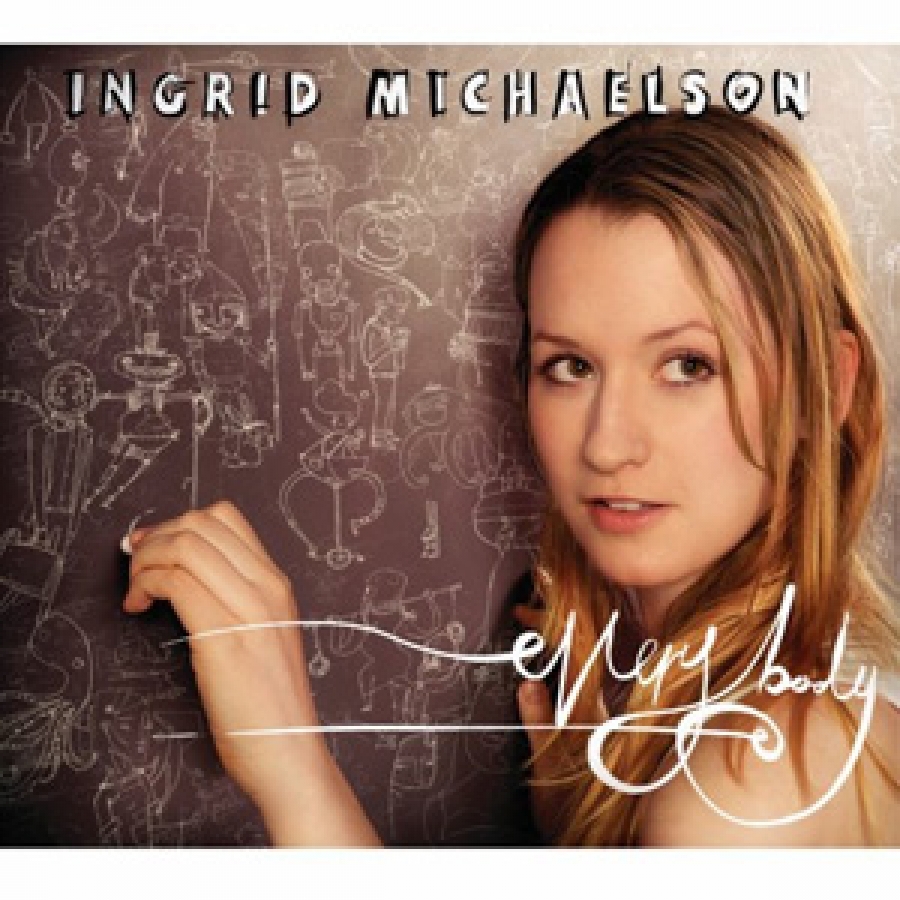 Presently, there is arguably no singer-songwriter that writes songs with as much visual perspective as Ingrid Michaelson. A success story born out of a new generation of fans on MySpace and strategic television placement, Ingrid's cinematic love tales have crossed the ears of millions, whether knowingly or unknowingly. And her second proper full-length album, titled Everybody, has the potential to set the proverbial scene yet again.

The songs on Everybody are strongly centered on a theme of love and relationships. And despite what is most likely a personal outpouring, Ingrid has proven a knack for composing songs that avoid sounding self-absorbed. The commonality of emotion is captivating on songs like "Are We There Yet?" and the title track.

Other moments not to miss on the new album include the rich and enchanting choral piece "The Chain" (which has been a favorite during Ingrid's live shows) and the handclapping, ukulele-driven "Mountain and the Sea".

To its credit, Everybody never attempts to disguise itself. It is a record of songs about relationships, many identifying with the struggles of heartbreak and loves lost. The appeal comes in the shared emotion and Ingrid's ability to encapsulate that emotion into a simple pop song. And once again, she accomplishes just that on her latest release.