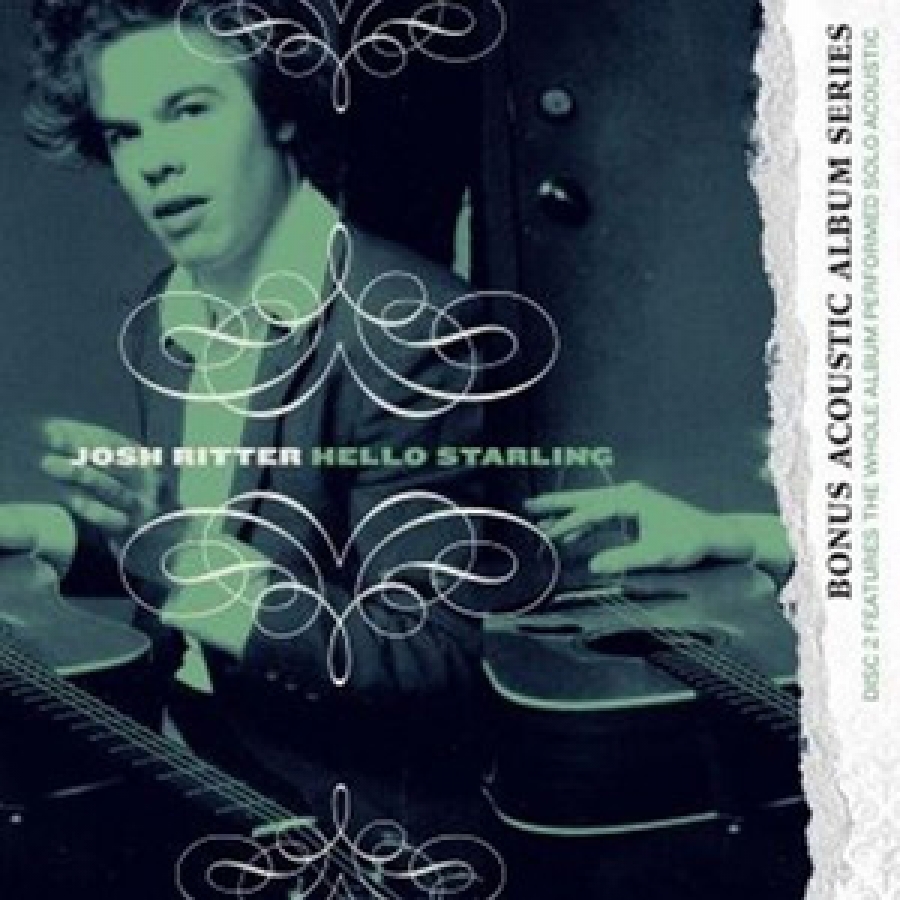 An understated gem, Josh Ritter’s second album Hello Starling is an album not to be missed this year.

First listens to this Idaho-born singer-songwriter will reveal touchstones as familiar as Bob Dylan, Leonard Cohen, even Tim Hardin.
Since his come-uppance at the legendary Boston folk club Club Passim, Josh has been the rage of the folk scene including recognition from Joan Baez who covered Ritter’s song “Wings” on her latest album; a recent Best New Male Singer-Songwriter award at the Boston Music Awards; and a stunningly acclaimed debut at the 2002 Newport Folk Festival.

However putting the young Ritter in the folksinger category does him an injustice. He’s a singer-songwriter with a gentle touch, a unique yet familiar sense of melody, and a way with lyrics that puts him in a category of a young Paul Simon or John Prine. And often recalls Cat Stevens on his classic “Tea For Tillerman.”

Hello Starling is a collection of 11 songs recorded in 14 days in a barn in France, and recorded on much of Curtis Mayfield’s vintage recording gear. The album is disarmingly honest and simple, yet finds its strength in Ritter’s confidence, highly literate stories, and well crafted song structures. The upbeat tunes like “Kathleen,” “Snow Is Gone,” and “Man Burning,” show Ritter’s potential for greatness like Bruce Springsteen on his album “Tunnel of Love.” And on the most pensive tracks, like “Baby That’s Not All,” “Bone of Song,” and “You Don’t Make It Easy Babe,” Ritter reveals songs as colorful as blood on the tracks and as wise as the songwriting icons he has been compared to.

More in this category: Citizen Cope - The Clarence Greenwood Recordings - RCA »
back to top