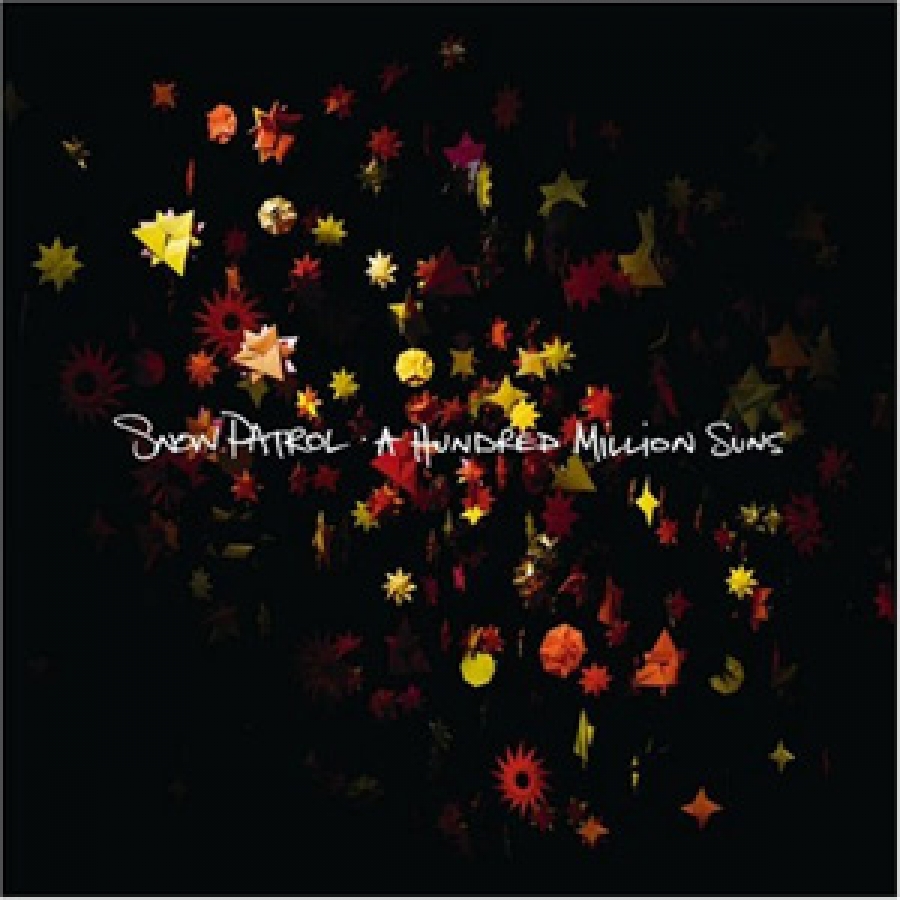 Following up a hugely successful single and album is often daunting, but by the sound of A Hundred Million Suns Snow Patrol was anything but intimidated. Suns capitalizes on what the band does best; a well-concocted blend of muscular rock that is tempered only by the emotionally charged lyrics of frontman Gary Lightbody.

The band comes out swinging with the rousing, anthemic rocker "If There's A Rocket Tie Me to It". Grandiose arrangements are widespread throughout Suns, including "Crack the Shutters" and the album's first single "Take Back the City".

And while perhaps this is the side of Snow Patrol we're most comfortable with, the band sets out to challenge us on a number of occasions during Suns. The percussive handclaps and foot stomps on "The Golden Floor" are a new approach for the band. Yet, the boldest moment comes in the form of the 16 minute, three part finale entitled "The Lightning Strike".

Suns is an aggressive and powerful follow-up to the massively successful Eyes Open. Needless to say, the album is a welcomed return for Snow Patrol.

More in this category: Ingrid Michaelson - Girls and Boys - XL Recordings »
back to top