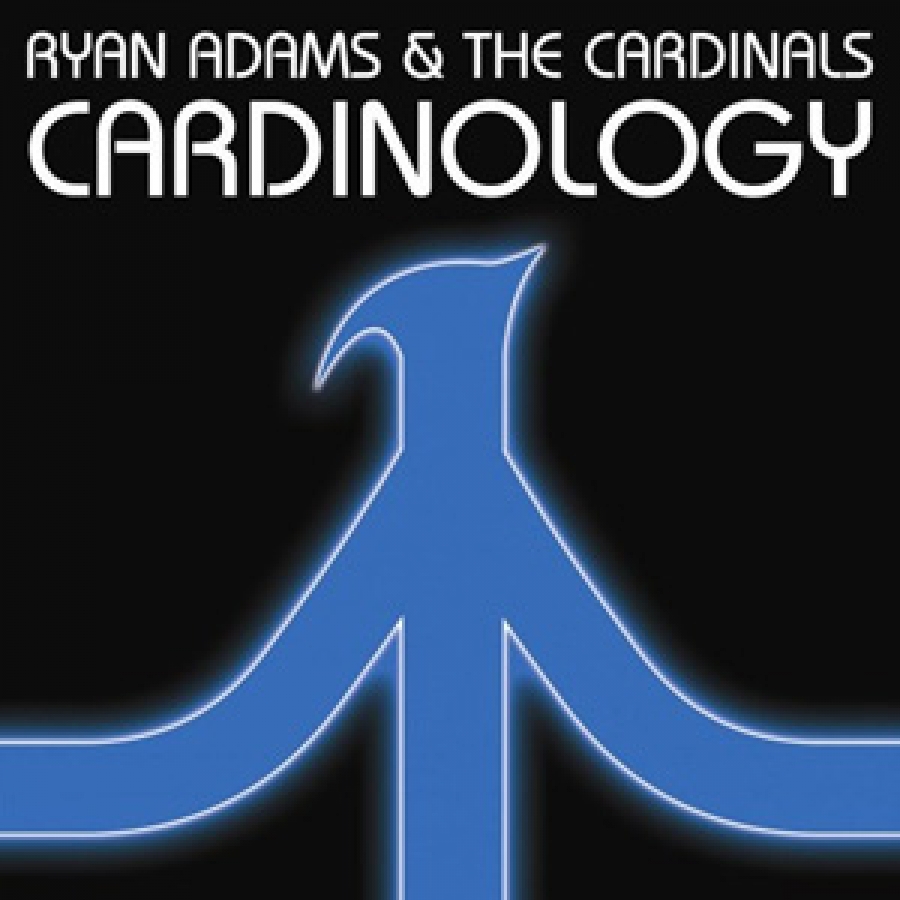 For someone that has released at least one album per year since 2000, it would have been quite odd not to dig into a new Ryan Adams record before December's end. Rest assured... Cardinology from Ryan Adams & the Cardinals is here. And oddly, for an artist that spends most of his time writing, Adams has been touring quite a bit this year. In fact, for most fans the first opportunity to hear much of this new material was likely in the live setting.

The title of the record speaks volumes, especially after your first listen. It seems no longer that "the Cardinals" play the role as a backing band, but more so they've matured into a single, cohesive unit.

For the most part, Cardinology follows most closely with its immediate predecessor, Easy Tiger. Country-edged tunes like "Born into a Light", "Fix It" and "Evergreen" are easily transferable. "Magick", along with being one of the album's finest moments, is perhaps the records most surprising track as it's a welcomed recollection of Adams' punk rock attitude reminiscent of his Rock n Roll release.

Still at the heart of Cardinology we find Adams thoughtful and reflective in his songwriting. Adams ability to make personal struggles feel so universal through song is really what makes his music so engaging. And once again, on Cardinology, Adams nails it.