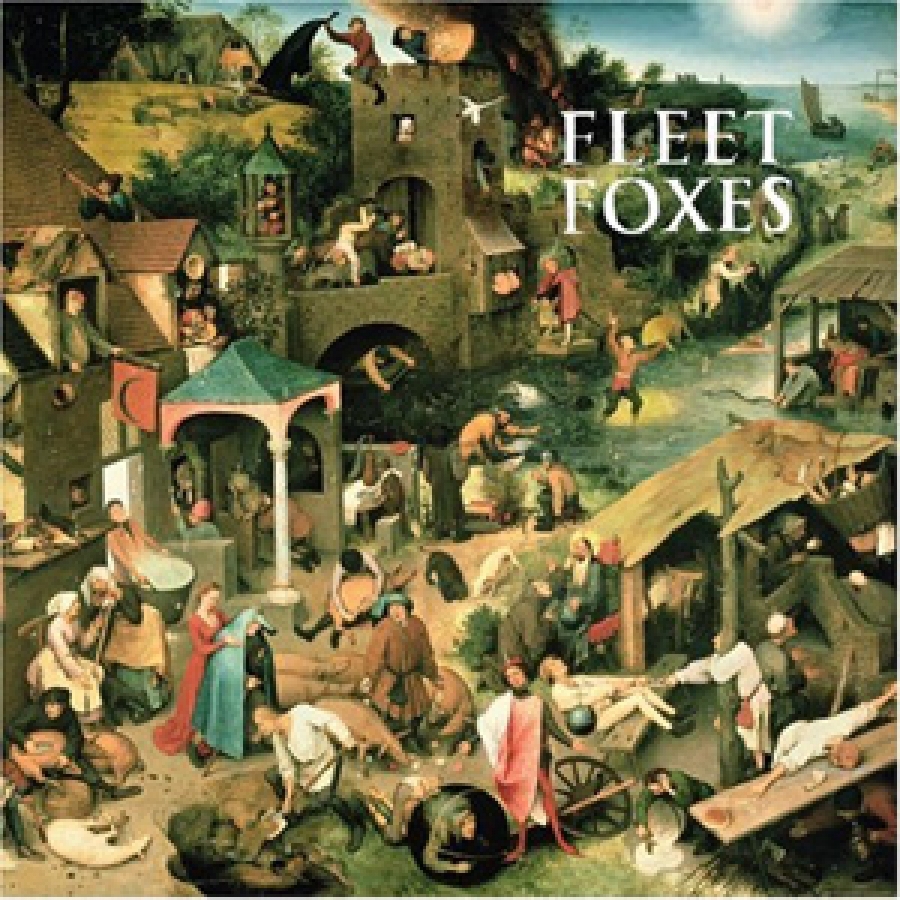 Twenty years after they started to bring the grunge revolution out of the Pacific Northwest, the resilient music lovers at Sub Pop Records have now given us a band with brilliant five-part harmonies and a decidedly hippie-esque world view that owes as much to Crosby, Stills & Nash and The Beach Boys as Mudhoney did to Iggy & The Stooges.

Fleet Foxes' debut full-length album will make you recall lots of sounds you've heard somewhere before, and that's certainly not a bad thing.

The self-titled album's songs actually remind me more of some of My Morning Jacket's quieter moments, but those absolutely gorgeous harmonies and understated but pristine Phil Ek production gives the Foxes a pass on any musical pilfering - conscious or otherwise - that they may be accused of. Standouts include the downright pastoral "White Winter Hymnal" (which sounds as peaceful and beautiful as its' title), "Quiet Houses", and "Heard Them Strirring", just to name a few. Chief songwriter and frontman Ryan Pecknold waxes poetic throughout, and his lovely, muted takes on nature (human and otherwise), are unique and downright quaint.

I doubt if you'll find a more consistently beautiful listen all year long. Fleet Foxes sounds to me - right now, anyway - as an album that you'll wanna throw on to celebrate all the seasons, or just ponder things. An excellent album from start to finish.