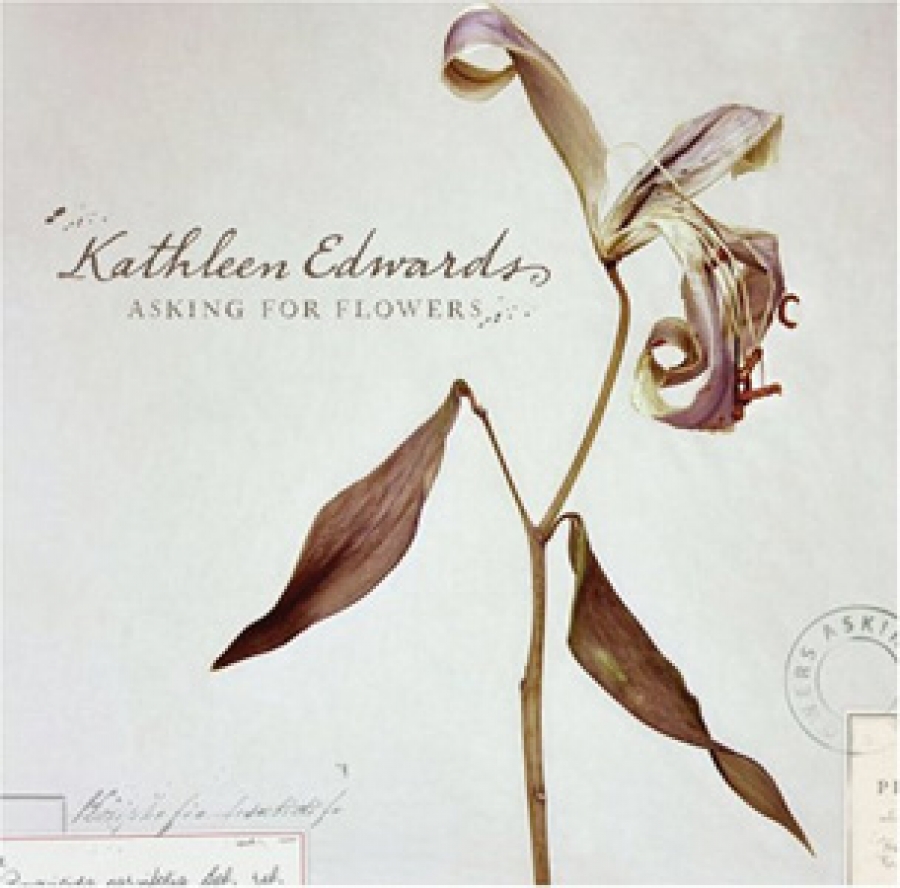 On her third full-length album, Canadian Kathleen Edwards has once again proven herself to be among the very best of the young songwriters out there. Combining an interesting worldview with a very honest voice and plenty of attitude, this 29-year-old has stepped up in several ways on this new release, Asking For Flowers.

Edwards\' main strength remains her songwriting, but her voice is a close second. Certainly not a classic \"great\" vocalist, she uses what she has better than just about any other singer-songwriter, never overdoing the emotions. It\'s certainly refreshing to the ear to hear a vocalist stay in their comfort zone, and it adds overall credibility to all of the proceedings. Her witty rocker \"The Cheapest Key\" starts with an alphabetical list of her problems with her lover, and culminates in a sweet, simple chorus that\'ll have you humming it for days. Elsewhere, weightier world issues are explored, not the least of which is the striking \"O Canada\" that reminds us that the U.S.A. hasn\'t cornered the market on creepy people. \"Oil Man\'s War\" is a great story, a movie script in the making, if you ask me, buoyed once again by a simple, effective riff and melody. The countrified \"I Make the Dough, You Get the Glory\" name checks Marty McSorely and a Dodge Fargo in the same verse, which is pretty damn funny in and of itself.

A great third album, and I just know she\'s not going to let us down any time soon (if ever).