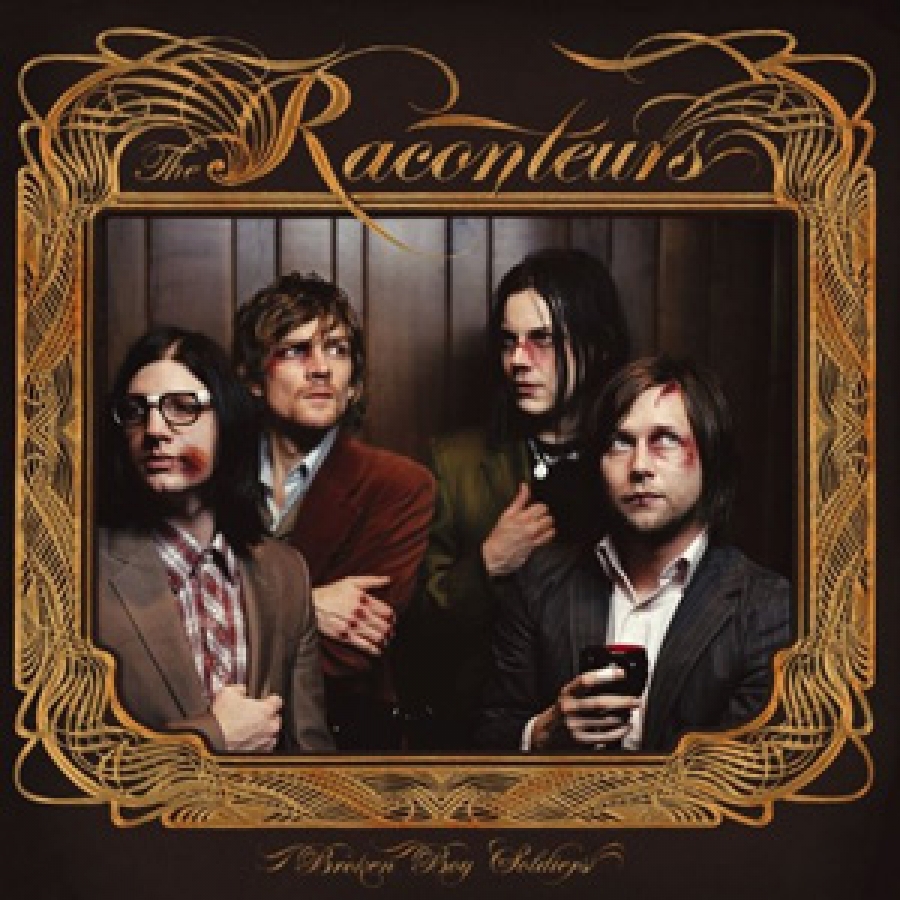 Welcome to one of the most engaging rock albums of this or any year. You may already know the back story, but THE WHITE STRIPE's JACK WHITE got together with his Detroit pal, BRENDAN BENSON, and then recruited the rhythm section from Cincinnati's THE GREENHORNES.

The result is fantastic... it's almost like this band has emerged from a time machine, but from an entirely different dimension than ours. Jack White is also an unbelieveable guitarist, and his skill is on display here.

With all due respect to MEG WHITE, Jack's drummer and partner in the White Stripes (and probably the best elemental drummer since - I dunno - MO TUCKER?), it is fantastic to hear White with a drummer that plays the whole kit, and does it with as much panache as PATRICK KEELER does. This guy is the most exciting drummer out there today, with his heavy snare hand and jazz stylings. On the songwriting front, it is very interesting to hear White paired up with a true "pop" songwriter like Benson. The songs - while undeniably Jack White-ish - end up in a different place with Brendon's influence. I saw the band live in New York City for their very first North American show last month, and it was intense... short (less than an hour with encore - a great cover of the MITCH RYDER by the way of DAVID BOWIE classic "It Ain't Easy"), energetic and fun.

There's so many great songs here... the first single "Steady As She Goes", "Level", the totally anthemic "Hands", "Yellow Sun"... just about every tune is memorable in its' own way. They've even managed to create their own sub-genre on this debut album - a little something i like to call "prog-garage"! If you have lost your faith in rock & roll, check out Broken Boy Soldiers.