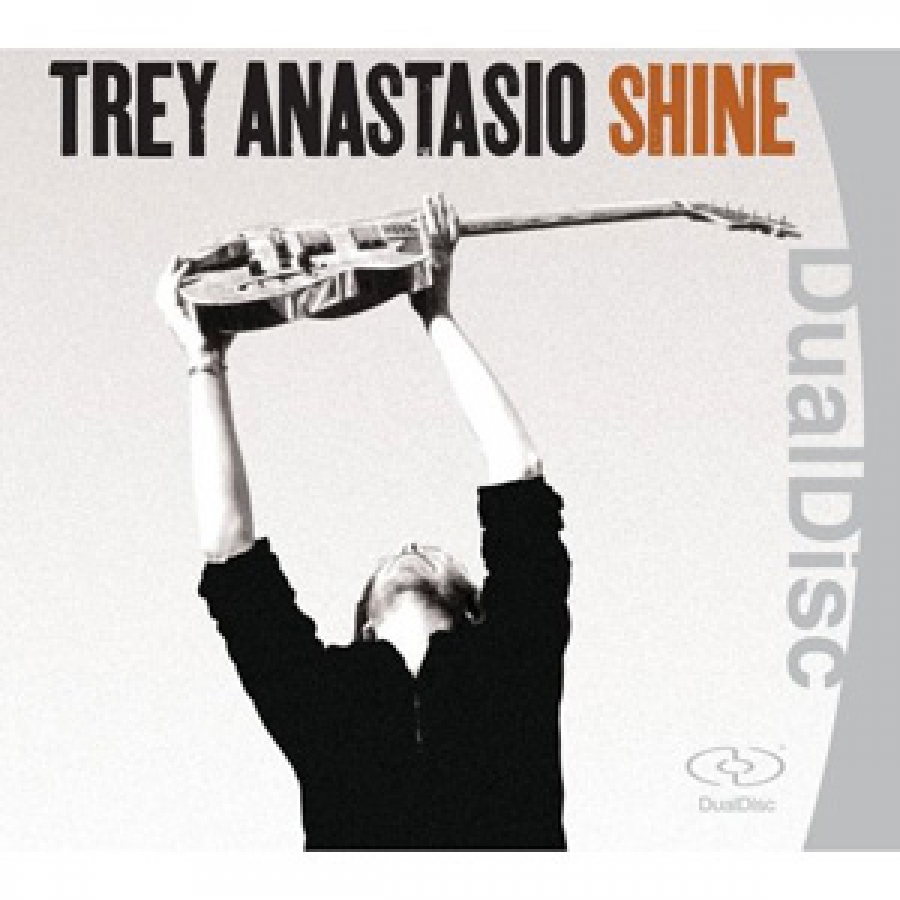 Trey Anastasio moves in a whole new direction on Shine, his first album for Columbia Records. The former Phish guitarist, singer and songwriter continues to evolve and this time around he's exchanged the grooves and full band arrangements that made his 2002 solo debut so exciting for a leaner more pop and rock oriented sound. Definitely gone are the long, noodly jams that brought Phish to jamband acclaim.

Shine features a core band of Anastasio, Kenny Aronoff on drums and Brendan O'Brien on bass, keyboards and drums. The album is also produced by O'Brien. a well known producer and musician who has worked with Pearl Jam, Rage Against The Machine, Bruce Springsteen, Matthew Sweet, Red Hot Chili Peppers and many others.

While Phish fans are not-so-quietly discussing how good Trey's new album is or isn't on bulletin boards and blogs, one thing that is clear is that Shine is filled with sharp and punchy melodies and some outstanding guitar playing. Just because Trey was the lead singer of Phish for many years doesn't mean his solo projects need to sound like Phish for the rest of his life. Shine really does shine, and in light of Trey's history of musical openess and experimentation, much of this album makes sense from a pure pop music perspective. Highlights include: "Tuesday," "Sweet Dreams Melinda," "Come As Melody," and "Air Said To Me."