Son Volt - Okemah and The Melody Of Riot - Sony 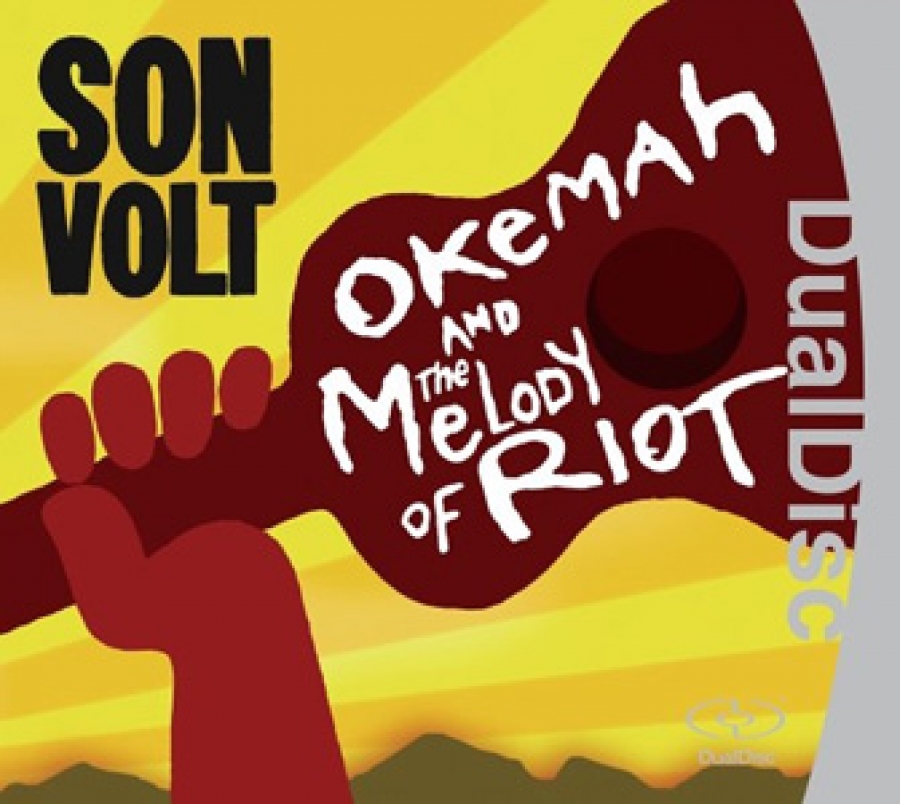 Some quick history: In 1993 the seminal alternative-country band Uncle Tupelo broke up due to differences between their co-leaders. Jeff Tweedy went on to form Wilco, and Jay Farrar went on to form Son Volt - the more traditional leaning of the two bands that resulted from the split.

Uncle Tupelo and Son Volt and Wilco have since been significantly influential on literally every alt-country band to put out an album in the last 15 years.

On their first CD since 1998's Wide Swing Tremolo alt-country legends Son Volt come out swinging with confidence, drive and conviction on their new record. But this ain't no alt-country record; with a few acoustic exceptions, this is a rock record from start to finish and frontman guitarist and singer-songwriter Jay Farrar has written some of the best songs of his career.

Okemah and the Melody Of Riot is a welcome return to form for Farrar - an important artist - and his band Son Volt. Songs like "Bandages & Scars," "Afterglow 61," "Jet Pilot," and the poignant "World Waits For You," are some of the highlights. Lyrically, Farrar has written some of his best songs, and the blazing guitars bring to mind some of the great recorded moments of Neil Young & Crazy Horse.

Look for Son Volt's appearance at XPN's All About The Music Festival to be one of the highlights.

More in this category: « Jason Mraz - Mr A-Z - Atlantic / WEA Erin McKeown - We Will Become Like Birds - Nettwerk Records »
back to top