John Scofield - That’s What I Say: The Music of Ray Charles - Verve 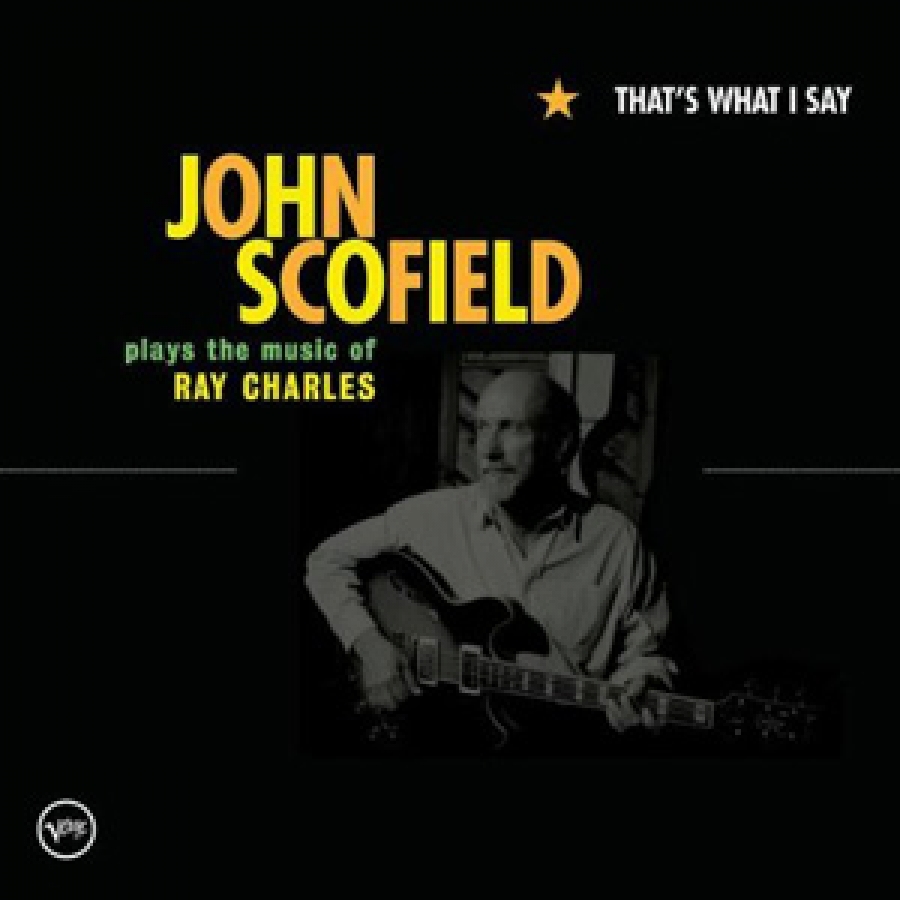 Ever since jazz guitarist John Scofield was a kid, the music of Ray Charles had a significant influence on him. So when Verve Records’ President Ron Goldstone approached Scofield with the idea of doing a tribute album to Charles, Scofield was game.

On his website, Scofield talks more in detail about the project: "I've got to admit that I'm rarely a fan of theme projects - some of them work, and some don't," Scofield says. "But as soon as I heard Ray Charles, it resonated with me. This is music I've known since I first started to play the guitar. Ray's music was one of my inspirations: He was a super soul-music man, but he was also a jazz musician, too. I see him as the height of honest expression."

More than a chance to pay homage to a formative musical influence, Scofield viewed That's What I Say as an ideal opportunity to realize one of his own ambitions. "I'd been thinking about doing something with singers, somehow," Scofield relates, "and this gave me an excuse to approach some of my soul-music idols and perform with them." Scofield's longtime colleague Steve Jordan signed on as producer and suddenly, the possibilities seemed endless.

With Jordan signed on as producer and drummer, they signed on the core of the band including bassist Willie Weeks, Larry Goldings on keyboards, and “Sco” on guitar. Choosing guest vocalists for the album was the next step for Scofield and Jordan enlisting John Mayer to sing “I Don’t Need No Doctor,” Dr. John on “Talkin’ Bout You/I Got A Woman,” Mavis Staples on “I Can’t Stop Loving You,” Aaron Neville on “You Don’t Know Me,” and Warren Haynes on “Night Time Is The Right Time.” The show stopper on the album is the version of Charles’ famous “What’d I Say,” which includes all the vocalists handling a different verse and some terrific tenor sax playing from the legendary David “Fathead” Newman.

That’s What I Say is another excellent record from Scofield whose extensive body of work includes everything from contemporary jazz to collaborations with jambands like Medeski, Martin, & Wood. This time around Scofield treats the songs of Ray Charles with great care and soulfulness, expertly casting each tune in his own unique style.