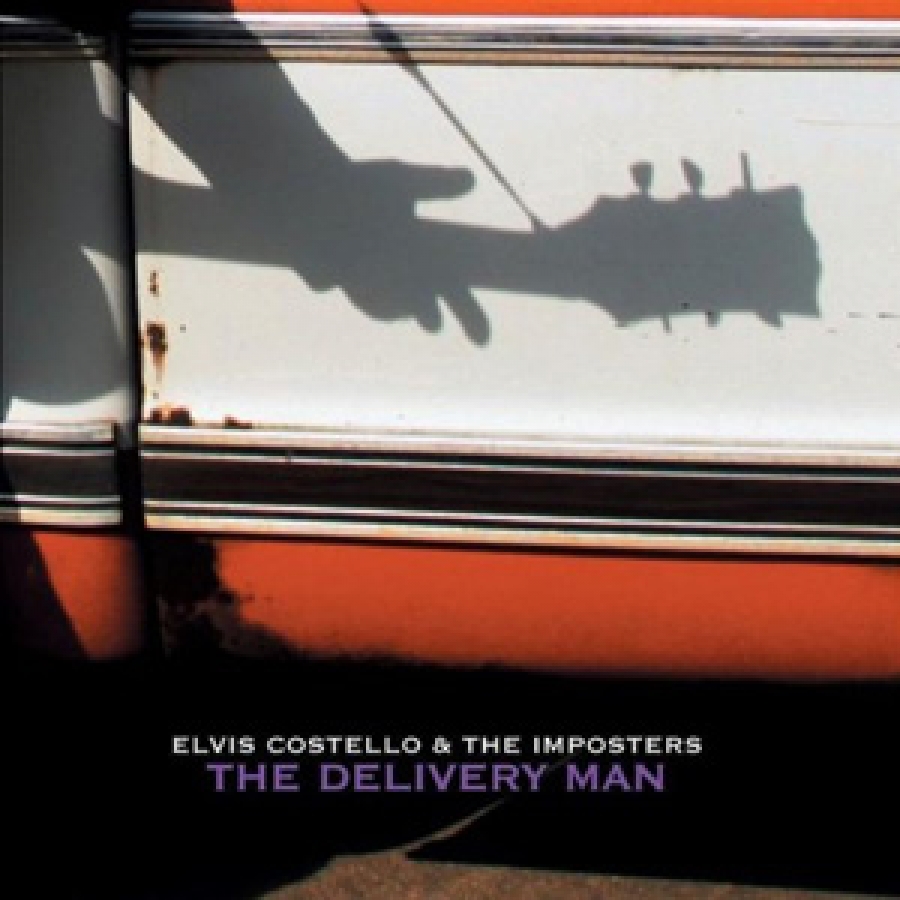 Elvis Costello’s first album for the Lost Highway label is a roots-rock laden collection of songs inspired by the history and cultural import of the location where it was recorded – mostly in Oxford, Mississippi, but also in Clarksdale, Mississippi and Nashville. Costello - working with his band Steve Nieve on keyboards, bassist Davey Farragher and drummer Pete Thomas – touches down on gospel and soul, sweet ballads and rollicking rock.

According to Costello’s web site, The Delivery Man can be said to have started with the late great Johnny Cash. "The Delivery Man is actually a character imported from a song I wrote in about 1986 for Johnny Cash," Costello explains. "He's based on a real character. I read this story in the paper about a man who confessed to murdering his childhood friend thirty years later, having been in prison for a number of other things. I thought this story was very interesting because he'd carried this burden of guilt of this childhood crime. I wrote a fictional version of that story in a song called `Hidden Shame', which John recorded."

Over the years, the story of the Delivery Man stayed with Costello, and began to inspire not only a series of songs but also the start of story arc as well. "I've thought about that character a lot and what happens to people that commit crimes in childhood," says Costello, "In the story, the character Abel is somebody who appears in a small community and plays a different role to a group of three women. Abel carries his secret heavily (as in "Country Darkness") and the reason that he seems reminiscent of somebody in the song, "The Delivery Man" is that they have seen his face as a child in a newspaper report of the crime he committed. There is still a little of that person in the adult Abel. Of course, that's never actually stated anywhere in the record. That's just something that I know."

Costello has deliberately left the story that drives much of The Delivery Man open-ended for now. "A number of the songs on the album relate to The Delivery Man story, while the others, "Bedlam", "Needle Time" and "Monkey to Man", are about the world that happening outside the window, the insane things that keep breaking into the lives of these characters from the T.V. and radio", he explains. "My original intention was to make the album entirely The Delivery Man. Then the more I wrote and thought about it, the more I was reminded that don't remember the context of every great song in a musical -- you just remember the song. What's much more important is whether each song touches you, affects you in some way. I didn't feel I wanted to make this album stand or fall on whether you could follow a narrative or even present the story in a chronological order. You might say it begins near the end of the events with 'Button my lip', as a crime is about to be committed and just like in some movies, we see some of how we got to that point and how the characters feel about their lives."

The Delivery Man is an inspiring collection of songs that reinforces Costello’s place as one of the great songwriters of our time, a master of various genres with the ability to create something virtually brand new which each new release. With help from Lucinda Williams and Emmylou Harris, Costello’s new album is a unique place where country, rock and soul music all come together.