Listen
You are here: Artist To Watch //   shemekia copeland 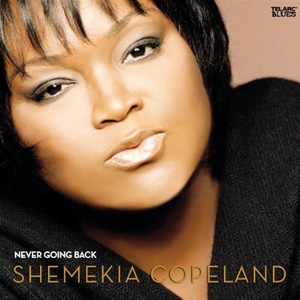 For Shemekia Copeland, her new album Never Going Back reveals a new attitude, a new sound and an overall evolution for the young blues woman. Lots of things have changed since last we heard from Copeland. For the first time in her career Shemekia is releasing an album on a label other than Alligator Records; Never Going Back is her debut for the Telarc label. And her choice of producer for the new album, Oliver Wood of the Wood Brothers, was another step outside the traditional blues world. 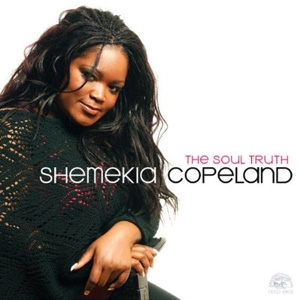 If you're already a fan of blues singer Shemekia Copeland you'll be happy to know she's made the best album of her career. The Soul Truth is the third album from the daughter of the late great bluesman Johnny Copeland, and is Ms. Copeland's funkiest, grittiest, blues-iest rockin' record yet.

Made possible by XPN Members, and Comcast.
SOLD OUT
Listen

Shemekia Copeland & Indigo Girls join us for the XPN Free at Noon show at World Cafe Live.
A co-production of WXPN and NPR Music. 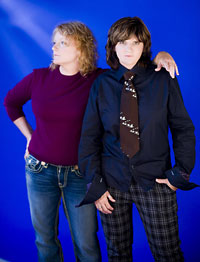 Grammy Award winning rock duo Indigo Girls officialy began performing under the now famous moniker in 1985, signing their first record contract to Epic Records three years later. Now celebrating their 20 year career, Amy Ray and Emily Saliers remain as creative as ever. Though they are associated with a major label, they have always retained an independent feel with their warm and crisp acoustic guitars and intertwined melodic vocals. With an incredible career behind them, it is not surprising that a great deal of excitement is building up in anticipation of Poseidon And the Bitter Bug, expected to be released at the end of March.

Recorded in a short three-week period in Atlanta, the album intends to focus less on perfection and more on the rich mixture of textures explored. According to Ray "... it was very much an in-the-moment recording... we had to trust our instincts." Following the successful release of their 2006 album Despite Our Differences, the girls have a lot to live up to; however, circulating previews are already labeling the album as one of their best. Though they retain the very qualities of folk and Americana music that fans adore, they have embarked on new musical explorations by incorporating styles such as R&B. The album will also feature acoustic versions of all the songs in order to give fans an idea of how they sound without a back-up band.

Closer to Fine | Hammer and a Nail 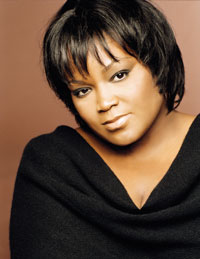 The daughter of blues guitarist/singer Johnny Copeland, the young Shemekia Copeland was greatly influenced by her father's work. As a child she would often accompany him on tours, making her own mark in the blues circuit. The unfortunate turn in her father's health pushed her to embrace her incredible vocal talent and share it with the rest of the world. In 1998, the 19-year-old established herself as raving new artist with the release of her debut album Turn the Heat Up! The soulful intensity of the album was met with a great deal of enthusiasm and landed her several features in motion pictures. Her style, which integrates elements of blues, soul, funk and jazz, is rich and mind-blowingly powerful. Though she is not yet 30, the passionate singer has already won several blues awards, recieved a Grammy nomination, and opened for top acts such as the Rolling Stones, B.B. King, and Taj Mahal.

The incredible list of accomplishments hasn't quite struck the young artist. In fact, the humble Copeland continually strives to strengthen her singing and grow and an individual. Her fifth album, Never Going Back, is a powerful and soul-drenched compilation of tracks. While she remains true to her blues roots, she takes a step further in her career by experimenting with new styles of music and new approaches to singing (including a silky cover of Joni Mitchell's "Black Crow"). She is not afraid to step outside of her comfort zone; and as the album demonstrates, she does so with both grace and unbelievable power.

Prepare to be blown away by the future Queen of Blues, this Friday at noon!

Never Going Back to Memphis

SOLD OUT
Listen to the Show Live