Listen
You are here: Artist To Watch //   featured album

Tedeschi Trucks Band - Made Up Mind 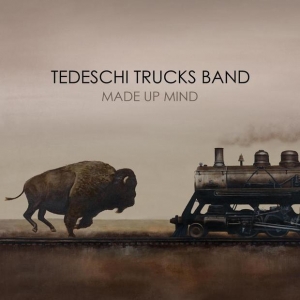 By now we know the marriage of Susan Tedeschi and Derek Trucks has resulted in one of finest husband & wife combos currently in music. And still the Tedeschi Trucks Band is really as much about the sum of its parts as it is about its two centerpieces. Made Up Mind helps to illustrate that point, as the band shows off its all-around skillful musicianship and a variety of songwriting combinations that help take this album to the next level.
Tagged under
Read more... 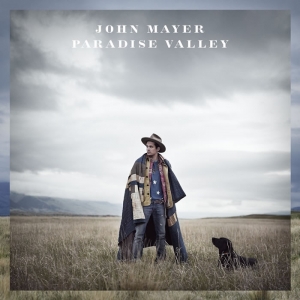 Paradise Valley picks up where John Mayer’s Born And Raised left off; on the breezy, soft rock and acoustic side of the singer-songwriter street. The Don Was produced album is Mayer’s sixth studio release. Tender and yielding, melodically infectious, and deftly performed, the eleven-song collection is also a somewhat country-flavored affair.
Tagged under
Read more...

Valerie June - Pushin Against A Stone 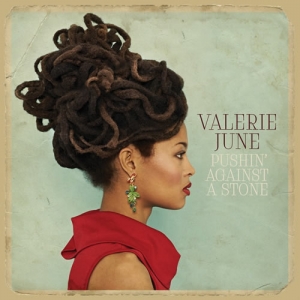 From her distinctive voice, to a vast array of influences, and even her signature dreadlocks there's little about Valerie June that doesn't garner intrigue. From Memphis, Tennessee, June squashes expectations and dismisses genre labels with the release of her first full-length album, Pushin' Against A Stone. June has been working at her craft for some years now, self-releasing 3 EPs and lining up fans that range from Dan Auerbach of the Black Keys to producer/songwriter/musician Richard Swift and even a soul legend like Booker T. Jones. All of these men lend a helping hand on Valerie's debut, which is sure to only broaden her fan base.
Tagged under
Read more...

The Fleeting Ends - Our Eyes Are Peeled 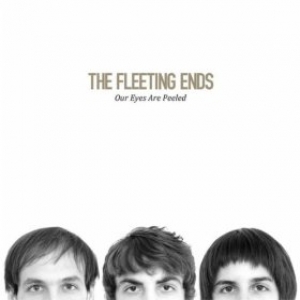 Meet the Philadelphia three-piece The Fleeting Ends. Matt Vantine, Matt Amadio and Russell Langley have been playing together for a handful of years now, concocting a powerful pop-rock blend that is undeniably infectious. On their latest full length album, Our Eyes Are Peeled, the Philly trio graduate to a new level, offering their most fully realized collection of songs to date and a perfect feel-good soundtrack to our summer.
Tagged under
Read more... 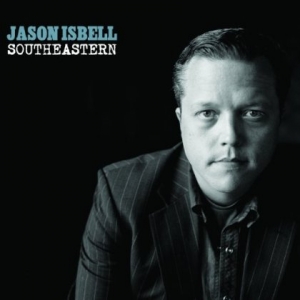 Much of the greatness of this album comes in the form of love songs and ballads, and Isbell's pairing with alt-country fave, Kim Richey on "Stockholm" is nothing short of gorgeous.
Tagged under
Read more... 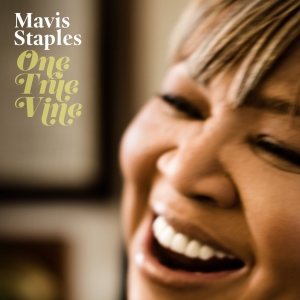 Don't feel at all guilty if you miss church this weekend. Just make sure you spend a little extra time with the new album from Mavis Staples, "One True Vine," because it's got all the soul and spirituality you'll need. The legendary voice, Mavis Staples, returned to the studio with Wilco frontman Jeff Tweedy to record this new collection. It only makes sense since their first collaboration together, 2010's You Are Not Alone, earned Staples the first Grammy of her illustrious career. That spirit and connection that emerged a few years ago was harnessed and reinvigorated in the sessions for this latest album, One True Vine on ANTI Records.
Tagged under
Read more... 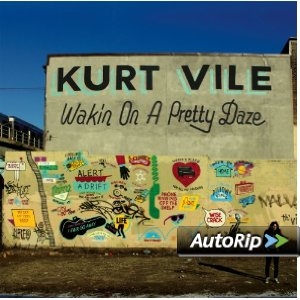 In so many ways Wakin on a Pretty Daze is a defining record for Philadelphia songwriter and guitarist Kurt Vile. Vile, who first gained notoriety as a guitarist for fellow Philly indie rockers The War on Drugs, has been prolific on his own for the past five years and this new studio album is a culmination of all the great potential that's been building throughout his career. Wakin on a Pretty Daze (Matador) is a collection of songs that wanders beautifully with great ease and without any restriction.
Tagged under
Read more...

Houndmouth - From the Hills Below the City 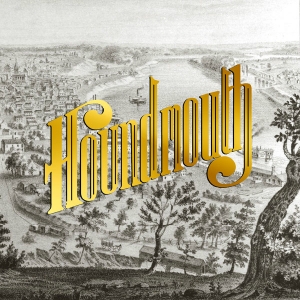 Houndmouth, a four-piece band from just outside Louisville, Kentucky, may just be the perfect musical equivalent to a good home-cooked meal. Forget the frills and studio wizardry, this young group just sets out to have fun making music as a reflection of what they know. Their love of roots, rock and blues melts together as a rollicking good time on their debut From the Hills Below the City (Rough Trade). And what started a couple years ago as simply a group of friends making some noise together has developed into a band on the verge of an exciting career.
Tagged under
Read more...

Laura Mvula - Sing to the Moon 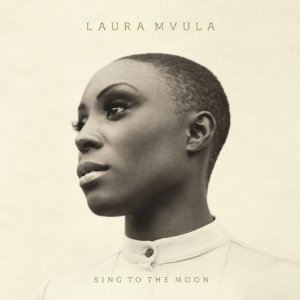 Even before she released her debut album, Sing to the Moon on Columbia, the buzz and anticipation surrounding Laura Mvula was building. And it's easy to understand why after just one listen. The English singer possesses a rare charisma and one of the most beautiful voices we've heard in some while. Unlike many of the British female soul singers to emerge over the last several years, whether it be Amy Winehouse, Adele, or Emeli Sande, Mvula sets herself apart aiming not to overpower her audiences but rather to seduce them. With the songs of Sing to the Moon, her enchanting debut, she succeeds.
Tagged under
Read more...

The National - Trouble Will Find Me 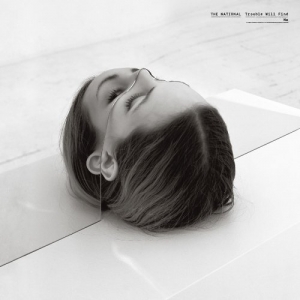 For well over a decade now The National have been uncompromising in their approach to music making. On their sixth studio album, Trouble Will Find Me (4AD), the Brooklyn-based band further embrace their ominous personality that seeks to find beauty though sorrow and darkness.
Tagged under
Read more... 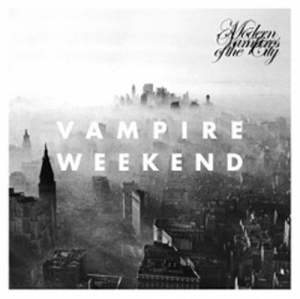 The anticipation for Modern Vampires of the City (XL Recordings), the third album from Vampire Weekend, has been building for quite a while now. The band has given us a little taste of what to expect through some calculated live performances and online videos, but this week the full scope of what's been brewing for the past few years finally comes to realization. A band always tied to high expectations and hype, Vampire Weekend consider Modern Vampires of the City to be the final piece of a trilogy that began with their 2008 self-titled debut and their Billboard topping follow-up Contra in 2010. This new album doesn't just follow in the footsteps of their first two albums, it challenges both its predecessors to be musically more creative and lyrically more stimulating.
Tagged under
Read more... 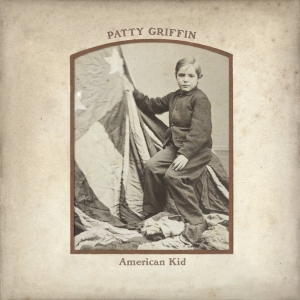 A set of songs doused in honest Americana, sung by Patty Griffin - one of the most engaging voices in music...

Patty Griffin is really one of those rare treasures. Over the course of a career that started about 20 years ago, she has stayed true to her music, her fans and most importantly herself. She's built and endured a career as a true singer-songwriter, letting her voice and songs carry the weight. Her new album American Kid (New West) is a special collection as it's a tribute to her late father. It's a reflective and touching collection of songs told through both her eyes and his. Musically it's what we've come to expect (and admire) from Patty Griffin, a set of songs doused in honest Americana and sung by one of the most engaging voices in music. 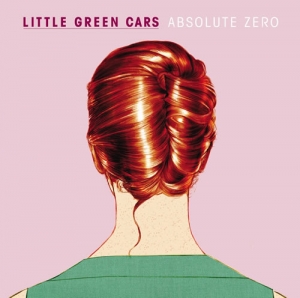 When it comes to young bands it’s always exciting to discover something innovative. Sometimes it’s the pure potential of what you could hear the band doing two or three records down the line that causes the type of captivation. When it comes to Little Green Cars, a five-piece band from Dublin, it’s a lot of both.
Tagged under
Read more... 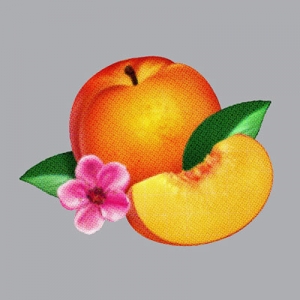 By all accounts, Bankrupt! is the album that will further legitimize Phoenix to that next level of stardom...
Tagged under
Read more... 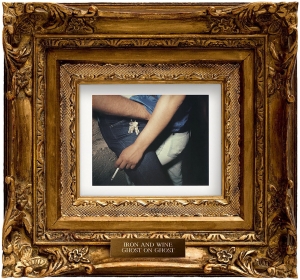 There is a breeziness, a coolness and an ease that casts itself over this collection.

Much is made of the evolution of Sam Beam and his musical endeavors as Iron & Wine.
Tagged under
Read more... 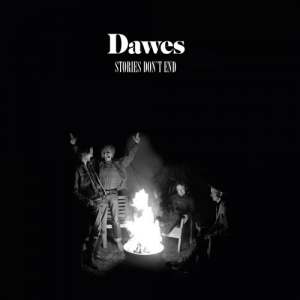 In making their third album, Stories Don't End, Dawes explored new found independence, new partnerships, and a change in scenery. Despite all those variables the results are very true to what we’ve come to love about this band. Dawes rekindled the spirit of the 1970s Laurel Canyon scene on their first two albums. And while we reconnected to a sound that may have felt familiar, we really fell for a band that was creating a personality all its own. On Stories Don't End, they harness that personality and truly reflect what we’ve seen blossoming over the last four years.
Tagged under
Read more...

Various Artists - The Music is You: A Tribute to John Denver 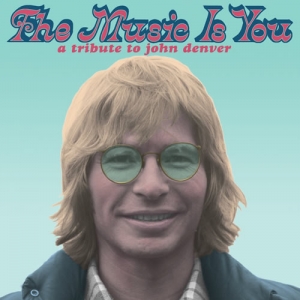 ATO Records celebrates the life and music of John Denver, featuring covers of Denver's most popular songs by a diverse group of artists including Kathleen Edwards, Amos Lee, My Morning Jacket, Train, Edward Sharpe & The Magnetic Zeros and many others. The album is slated for release Tuesday, April 2, 2013.
Tagged under
Read more... 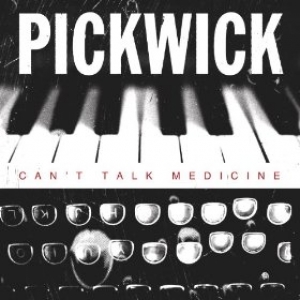 It hasn't taken long for people to start to buzz around this new blend of independent lo-fi rock and soul from Seattle's Pickwick.
Tagged under
Read more... 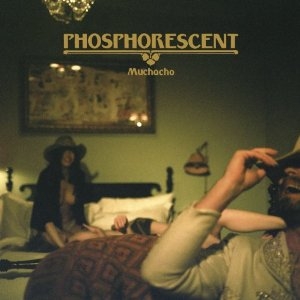 A perfect starting point for new fans. Muchacho is somewhat of a departure for Phosphorescent. But it also is an introduction, and the best work of Matthew Houck's career.
Tagged under
Read more...

David Bowie - The Next Day 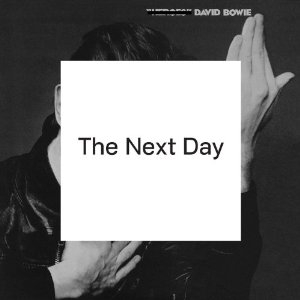 Ok, so we didn't see this coming. First, David Bowie emerged from a near ten year hiatus to offer us a gift (on his birthday) in the form of a brand new song "Where Are We Now." It was followed with the announcement of a completed full new album, The Next Day on Columbia Records. And now that that new album is finally a reality to our ears, all most can say is ... "wow." The Next Day does more than serve as fulfillment for a long absence, it finds this musical icon in a state of creative bliss and incredible ambition.
Tagged under
Read more... 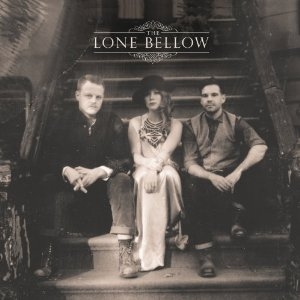 <>h3>XPN CD of the Month - April, 2013 The Lone Bellow sing every note like it's their last, and do so with honesty and integrity. These songs offer up just the right mix of roots, rock, country and soul, and plenty of emotion.
Tagged under
Read more... 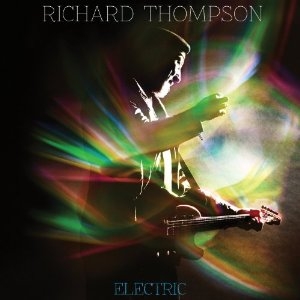 It’s just about that time in the new year where a seasoned veteran comes along and wows us with a new album.
Tagged under
Read more... 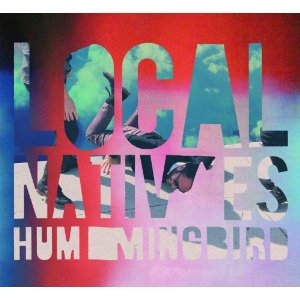 These songs make you think, they make try to answer questions you may not ultimately know the answer to, but best of all they make you listen.
Tagged under
Read more... 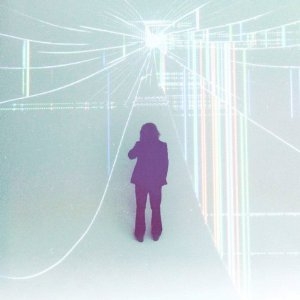 "For fans of My Morning Jacket or James’ super-group project Monsters of Folk, this album isn’t a departure but another beautiful musical avenue to travel along with one of the day’s most authentic artists."
Tagged under
Read more...

Ben Harper with Charlie Musselwhite - Get Up! 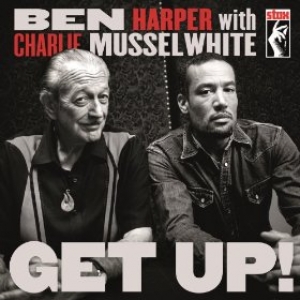 Some may say that Get Up! is a new direction for Ben Harper, but it may actually be better labeled as a new beginning.
Tagged under
Read more...
«StartPrev12345678910NextEnd»
Page 1 of 21
Copyright © 2022. xpn.org. Designed by Shape5.com Joomla Templates
Desktop Version