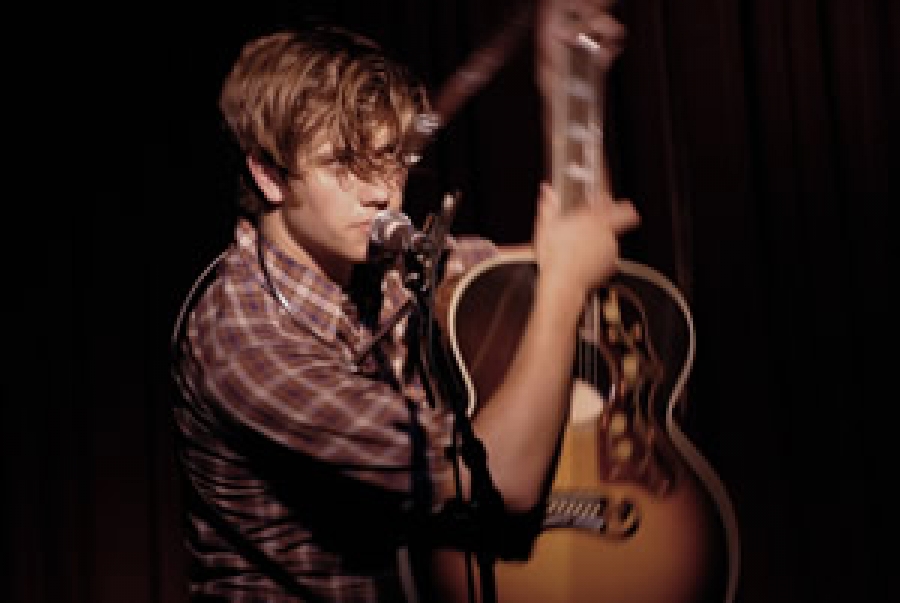 British singer-songwriter-guitarist Bobby Long's anticipated debut studio album 'A WINTER TALE', produced by Liam Watson (White Stripes) will be released February 1st, 2011 on ATO Records. Currently residing in New York City, the 24-year old Long has been writing finely-crafted songs since taking up the guitar at age 17; from then on he's been creating memorable songs inhabited by hauntingly poetic lyrics.

After relocating to London from the countryside of South West England, he became a fixture at London's open-mic nights while attending London Metropolitan University where he studied Music in Film and wrote his thesis on The Social Impact of American Folk Music. He quickly established himself on the local open mic circuit, finding his voice and beginning to develop songs characterized by catchy melodies paired with elusive, imaginative lyrics. In London he met a circle of fellow musicians, among them Marcus Foster, with whom he wrote a song called "Let Me Sign," and soon-to-be megastar Robert Pattinson, who would sing it in the 2008 blockbuster film Twilight. It is Bobby Long's intensely personal songs, vocal prowess, and heart-wrenching soulfulness that resonate with audiences on both sides of the Atlantic, creating a loyal following through constant touring over the past two years. In 2009, Long played 160 shows in seven months in seven countries.
A WINTER TALE merges band power with acoustic rawness, featuring Nona Hendryx (LaBelle) on backing vocals on "Penance Fire Blues," B. J. Cole (Elton John, Sting) on pedal steel, Icelandic singer Lay Low on several tracks, and other top-drawer musicians. And by way of continued extensive touring, he will be bringing A WINTER TALE and what has been called his "tapestry of tales" to the ever-growing audiences seduced by his compelling voice, musicianship and charm.

More in this category: « Fitz & The Tantrums - February 2011 Artist To Watch
back to top
Copyright © 2022. xpn.org. Designed by Shape5.com Joomla Templates
Desktop Version