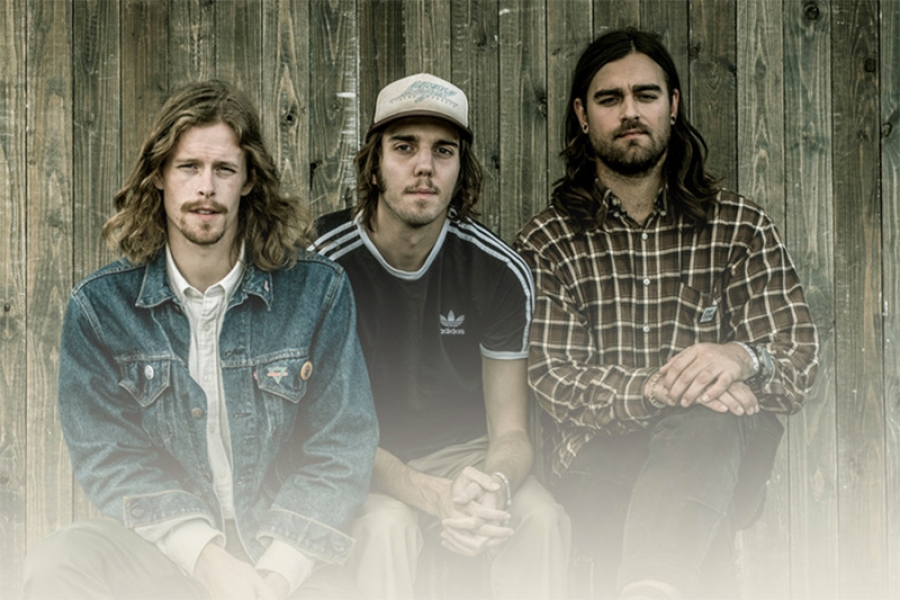 December’s Artist To Watch is CAAMP.
The indie-folk band CAAMP was formed by Taylor Meier (lead vocals, guitar, drums, piano), and Evan Westfall (banjo, harmony vocals, guitar, drums and bass). Now a trio, Matt Vinson rounds out the band on bass and harmony vocals. From Columbus, Ohio, Taylor and Evan met when they were freshmen in high school, and formed a band with a couple of classmates for a project. After that band came to an end, the duo stayed together as CAAMP. They first started playing out as seniors in high school, and moved to Athens, Ohio, to attend school, where they continued to build a following with their live performances. CAAMP released their self-titled debut in 2016, and this year have released to EPs; Boys (Side A), and Boys (Side B). Currently on tour, the band have sold out many of their shows, including their show at Johnny Brenda’s on December 14th. Their song "Books" was our Gotta Hear Song of the Week a couple weeks ago.

More in this category: « Your Smith - November 2018
back to top
Site Map | Help & FAQs | Privacy | Contact | Playlist | Public Inspection File | Public File Help
Copyright 2021 WXPN-FM / The Trustees of The University of Pennsylvania, All Rights Reserved
XPN.org is made possible with the generous support of XPN Members and our Business Sponsors.