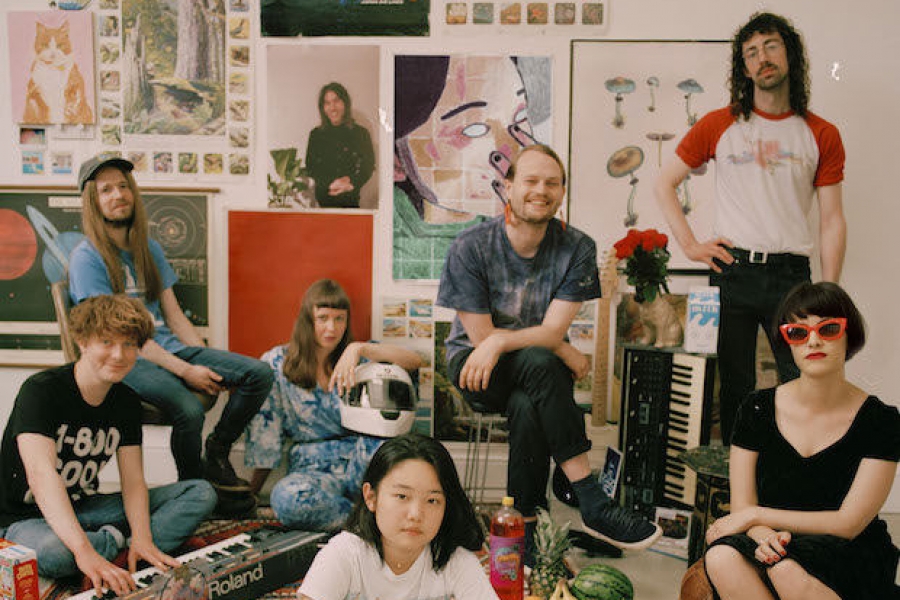 Back towards the end of last March, we were the first station to play Superorganism’s “Something On Your M.I.N.D”, a quirky, eclectic, fun, imaginative song by a “mystery group.”
They were unsigned at the time, you couldn’t find anything on the interwebs about them and slowly but surely the story of who they are began to unfold.

In September, Kristen had two of the band members on the Morning Show during which they revealed their story, as they had just been signed to a label deal.

You can listen to the interview here

The 8 piece band’s debut comes out March 2nd and they play Boot & Saddle on April 4th. Visit the XPN Concert Calenadar for all the details!

More in this category: « Mt. Joy - January 2018 Sunny War - March 2018 »
back to top
Site Map | Help & FAQs | Privacy | Contact | Playlist | Public Inspection File | Public File Help
Copyright 2021 WXPN-FM / The Trustees of The University of Pennsylvania, All Rights Reserved
XPN.org is made possible with the generous support of XPN Members and our Business Sponsors.