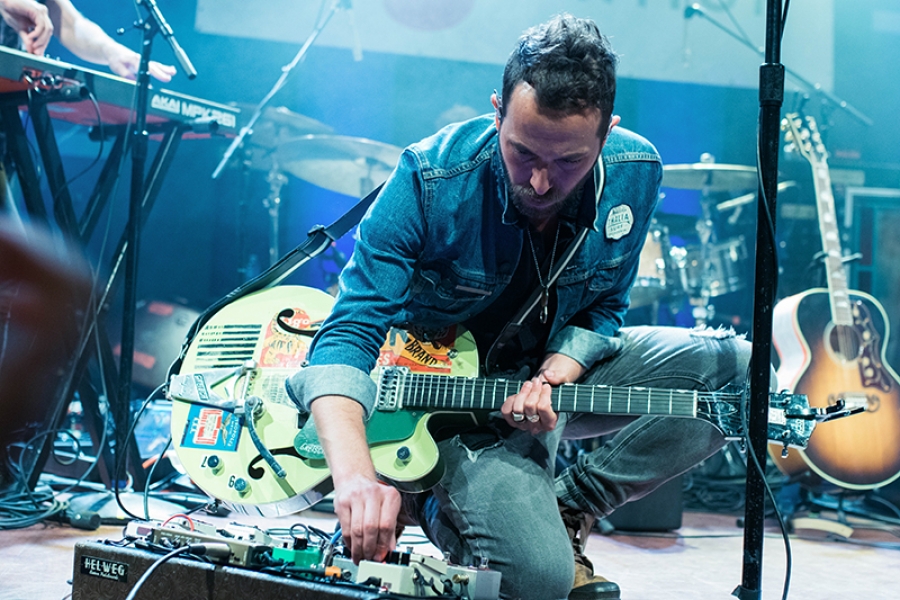 
MC is fronted by Josh Ostrander, originally from Bucks County, and who still has strong ties to the area. They just played Non-COMM last week, and ripped it up! We’ve been playing the band’s song “Shine,” and he’s releasing the debut album in August, Plastic Soul. Growing up around the Philly music scene he fronted Laguardia in the early Oughts (2000-2005), then went on to form Eastern Conference Champions for ten years from 2005-2015. Mondo Cozmo plays Firefly in June.
Tagged under
More in this category: « Sweet Spirit - May 2017 Jade Jackson - July 2017 »
back to top
Site Map | Help & FAQs | Privacy | Contact | Playlist | Public Inspection File | Public File Help
Copyright 2021 WXPN-FM / The Trustees of The University of Pennsylvania, All Rights Reserved
XPN.org is made possible with the generous support of XPN Members and our Business Sponsors.