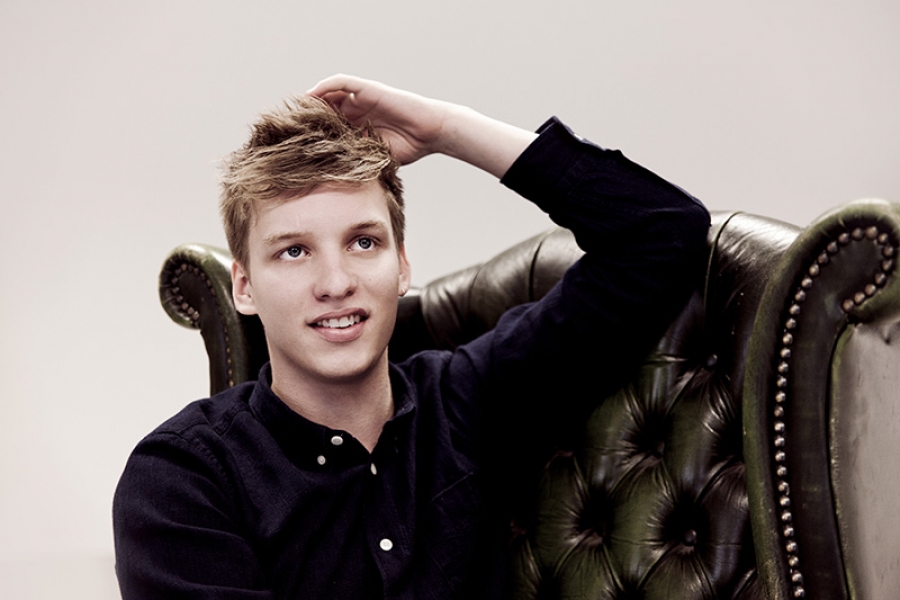 February’s ATW is singer and songwriter George Ezra.
Ezra just released his debut album, Wanted On Voyage. He’s got a his rich deep voice and writes a lot of super melodic, easy to listen to songs. But what separates him from the lot of singer-songwriters who sing about la la la la love and how heartbroken they are is the voice, combined with his use of darker metaphors and lyrics to tell the stories of the character’s he is writing about.

He’ll be on the World Cafe in a session he did with Michaela on February 5th, and was recently in town opening for Sam Smith. Facebook

More in this category: « BØRNS Artist To Watch - January 2015 Ryley Walker Artist To Watch - March 2015 »
back to top
Site Map | Help & FAQs | Privacy | Contact | Playlist | Public Inspection File | Public File Help
Copyright 2021 WXPN-FM / The Trustees of The University of Pennsylvania, All Rights Reserved
XPN.org is made possible with the generous support of XPN Members and our Business Sponsors.