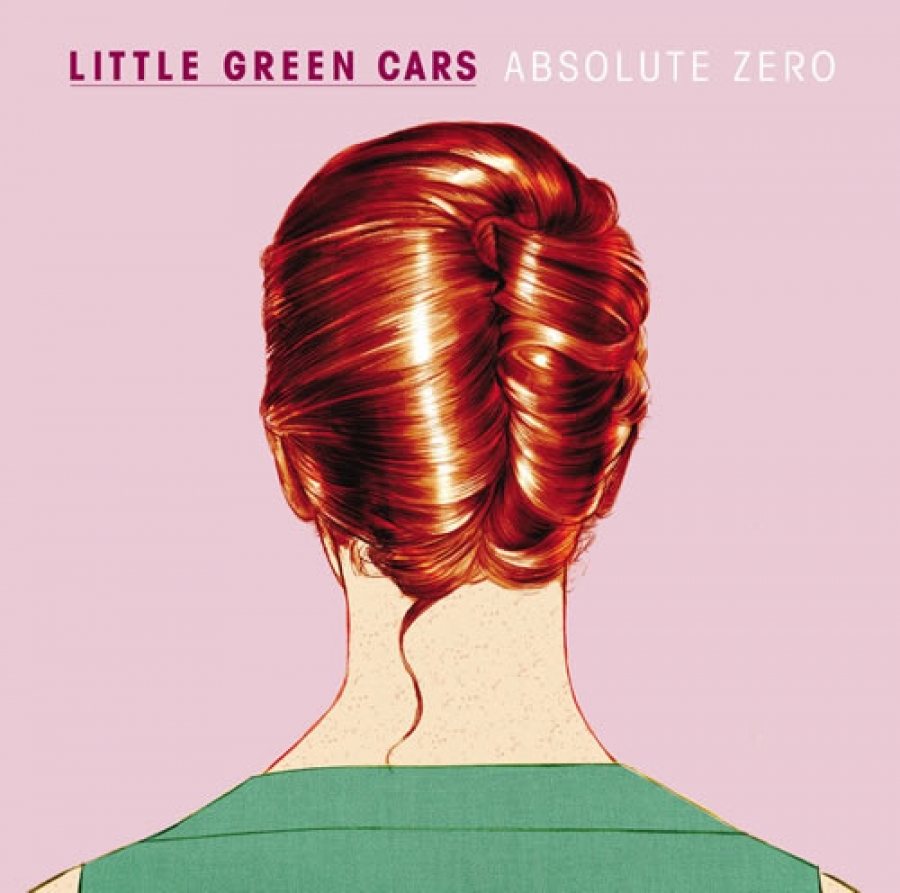 When it comes to young bands it’s always exciting to discover something innovative. Sometimes it’s the pure potential of what you could hear the band doing two or three records down the line that causes the type of captivation. When it comes to Little Green Cars, a five-piece band from Dublin, it’s a lot of both.
Their debut album Absolute Zero (Glassnote) is dynamic is all facets and when you learn how young this band actually is, the you realize that the upside is tremendous.

Little Green Cars may have just released their debut album, but they formed five years ago when all the band members were just 15 years old. Listening to Absolute Zero

those handful of years crafting their sound does not go unnoticed. Especially in terms of working together vocally, these kids sing with such precession and emotion it’s awe-inspiring. The band is lead by guitarists/vocalists Stevie Appelby and Faye O’Rourke, but it truly is a collaborative effort. They first gained notice when they released a 3 song EP that featured the single “The John Wayne”. A song that starts as a slow-stomp and all 5 members singing in unison, it methodically ramps up into a feverish, almost Arcade Fire-like rocker. Songs like “Harper Lee” and “Angel Owl” (both of which open the album) are equally dynamic showcasing not just the dexterity but vibrancy of Little Green Cars.

Helping the band realize its potential on Absolute Zero was producer Markus Dravs. Known for his work with bands like the aforementioned Arcade Fire and Coldplay, Dravs was also recently the man behind the board for Mumford & Sons Grammy winning Babel. His desire to produce their first album speaks volumes for Little Green Cars. But after listening to these songs, you’ll hear it for yourself too.

at Amazon.com. Your purchase that starts here supports WXPN Public Radio.
Tagged under

More in this category: « Phoenix - Bankrupt! Patty Griffin - American Kid »
back to top
Site Map | Help & FAQs | Privacy | Contact | Playlist | Public Inspection File | Public File Help
Copyright 2021 WXPN-FM / The Trustees of The University of Pennsylvania, All Rights Reserved
XPN.org is made possible with the generous support of XPN Members and our Business Sponsors.