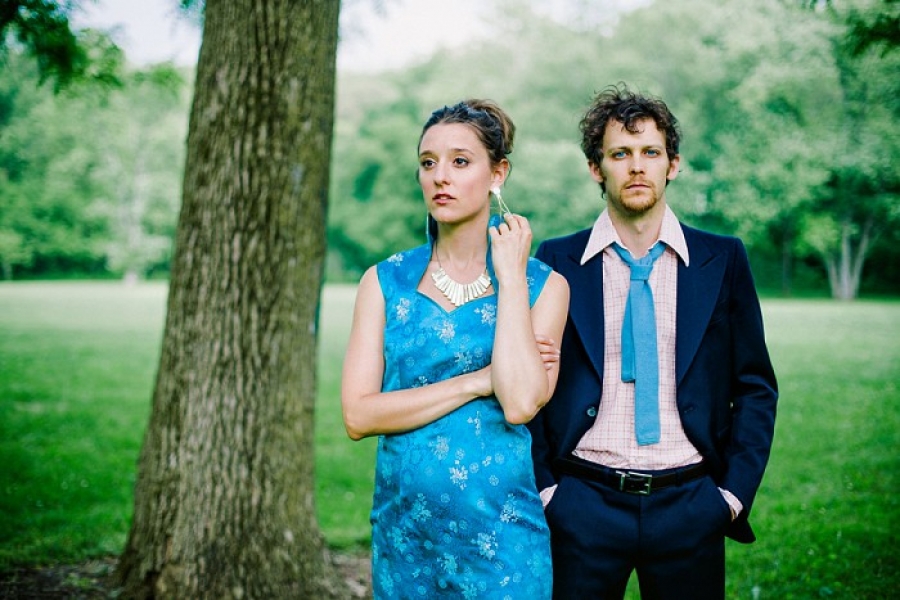 Photo Credit: Courtesy of artist
November's Artist To Watch is the folk and rootsy rock band, David Wax Museum. They have elements of traditional Mexican Latin music and recently released a new album, Knock Knock Get Up.


The David Wax Museum fuses traditional Mexican and American folk music into what the band refers to as “Mexo-Americana,” a style that is lively and unique. Museum’s breakthrough came during a performance at the 2010 Newport Folk Festival after which they were dubbed the breakout act of the festival. The band has received many accolades since including winning the Americana category in the 2010 Boston Music Awards and being hailed as one of the top ten acts of the 2011 South by Southwest festival. David Wax and Suz Slezak, the band’s core members, met while he was attending Harvard and she Wellesley. After spending summers working with Quakers in rural Mexico, David spent a graduate fellowship year studying the local music or sons of Mexico. Suz is well-versed in Appalachian and Irish fiddle music and sometimes plays the quijado, a percussion instrument made from the jawbone of an ass. The band primarily funds their albums by touring supplemented by a PledgeMusic campaign which offers fans exclusive prizes and early access to new music in return for donations. Their fourth album Knock Knock Get Up, released in September 2012, has matured with a vibrant and eclectic mix of Americana, bluegrass and Latin influences.

They appeared on World Cafe with David Dye in March, and play Johnny Brenda’s on November 29.

More in this category: « Lord Huron - Artist To Watch October 2012 Kopecky Family Band - Artist To Watch December 2012 »
back to top
Site Map | Help & FAQs | Privacy | Contact | Playlist | Public Inspection File | Public File Help
Copyright 2021 WXPN-FM / The Trustees of The University of Pennsylvania, All Rights Reserved
XPN.org is made possible with the generous support of XPN Members and our Business Sponsors.