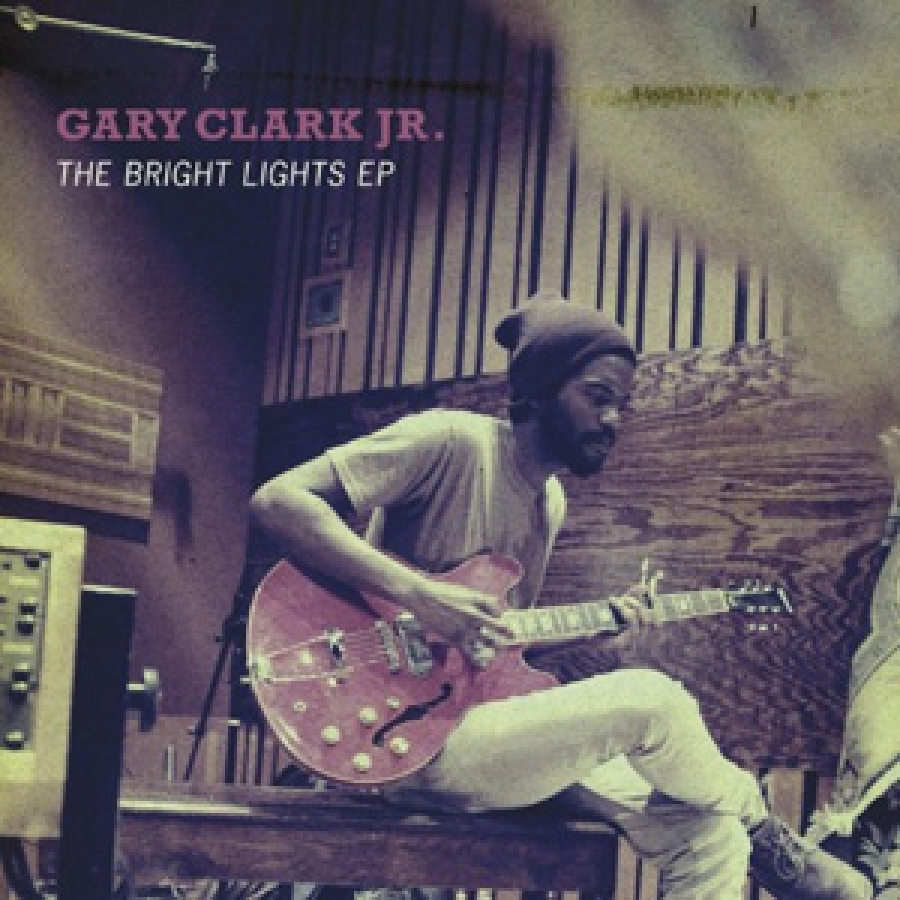 It won’t take very long to realize that you’re listening to something special the first time you hear Gary Clark Jr. For over a decade, he has been almost a mythical figure in a vibrant music scene of Austin, TX. Now the 27-year old guitarist is finally set to stretch his talents outside of his hometown. His introduction is a 4 song EP, Bright Lights that gives a glimpse at his tremendous potential and not surprisingly leaves you wanting more.

Since the age of 12, Gary Clark Jr. has been playing gigs in Austin. Jimmie Vaughan, brother of Stevie Ray, helped nurture Clark and get him more involved in the music community. And as you would imagine, lofty comparisons would soon follow. It’s usually easy to dismiss critics when they cast likenesses’ to Steve Ray or Hendrix, but after listening (or seeing) to Clark perform you’ll be in surprising agreement. After listening to Bright Lights it’s obvious that not only can this kid play, but he can play just about anything. The title track "Bright Lights" is a menacing rock song that is reminiscent of the Black Keys Rubber Factory days. “Don’t Owe You a Thang” is a rollicking blues number that is as true to the blues as it is present day. And the last two tracks are live recordings that showcase both Clark’s R&B side on “Things Are Changin’” and his incredible stamina and virtuosity on the epic 8 minute jam “When My Train Pulls In”.

Needless to say, talents like Gary Clark Jr. are rare. His guitar work is simply stated extraordinary, his composure and control beyond his years and a voice to match all the above. A full-length debut is expected early in the new year from Gary Clark Jr., but Bright Lights will tide us over for now.

More in this category: « The War On Drugs - Slave Ambient - Secretly Canadian Washed Out - Within And Without - Sub Pop »
back to top
Site Map | Help & FAQs | Privacy | Contact | Playlist | Public Inspection File | Public File Help
Copyright 2022 WXPN-FM / The Trustees of The University of Pennsylvania, All Rights Reserved
XPN.org is made possible with the generous support of XPN Members and our Business Sponsors.